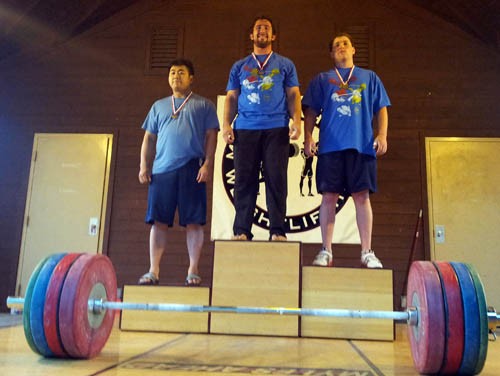 It’s fascinating to watch Olympic weightlifting. Just a few sends of action and with much practice having gone into it, and just one tiny flaw will throw everything off. The amount of weight that can be caught overhead is staggering, and the form of a good lift is really beautiful. Top athletes of any sport are artists, to me, and watching great Olympic lifters is like watching a 10-second masterpiece that took years to perfect.

Here it is in slow motion:

This is Behdad Salimi’s world record 214 kilogram (472 pounds) lift at the New World Strongest Man competition in Paris in 2011:

And in slow motion, because it’s so damn cool:

This is a great scientific high-speed camera breakdown of the snatch by Team USA:

Here’s the same series exploring the clean and jerk: