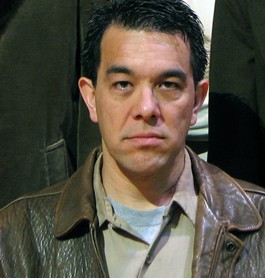 'Stalag 17' fills the stage with the unexpected

Actor and director Denise Elia remembers catching the 1952 Billy Wilder movie Stalag 17 on TV when she was a young girl—and laughing right along with it. “People forget that Stalag 17 is a comedy as well as a mystery,” she points out. And it wasn’t until years later that she discovered the film was originally a Broadway hit play.

“When I learned that,” she says, “I figured, ‘Someday, I’m going to direct that onstage.'”

This weekend, Denise Elia’s immersive staging of the classic Stalag 17 comes to the Spreckels Center in Rohnert Park, boasting a cast of North Bay actors that includes some of the area’s best. Also, by happy coincidence, this month marks the 60th anniversary of the play’s debut on Broadway in May of 1951.

Elia’s high-concept vision of the play—about a group of American airmen held in a German POW camp during WW II, wrestling with evidence that one of them is a spy—authentically recreates the world of the barracks from the moment audiences enter the intimate Condiotti Theatre. The actors, already in character, are asleep in their bunks when the theater opens. Seating has been designed to intersect with elements of Eddy Hansen’s set, putting viewers right in the middle of the action. In another unusual step, Elia has formed the cast into a military-like unit.

“We have army drills at the start of every rehearsal,” she laughs. Cast member David Yen, a military veteran himself, has been leading the cast in 30-minute drills, marching and doing cadences around the exterior of Spreckels. “It’s been miraculous,” Elia says. “There’s been instant bonding among the actors, and they bring that onto the stage with them.”

Regarding the comedic elements of the show, Elia admits that it’s taken some aback amid the script’s dramatic elements.

“People are surprised at how much humor there is in this play,” Elia allows. “It shows the daily life of these men, and one of the ways they got through all the monotony was through their ability to laugh.” When things turn serious, as the POWs zero in on who they think the rat among them is, the humor is replaced with a sense of growing tension, building to a climax that fans of the movie might not see coming.

“The play is not the movie,” Elia says. “The movie changed a number of key elements, including the ending. The ending is going to surprise a lot of people.”