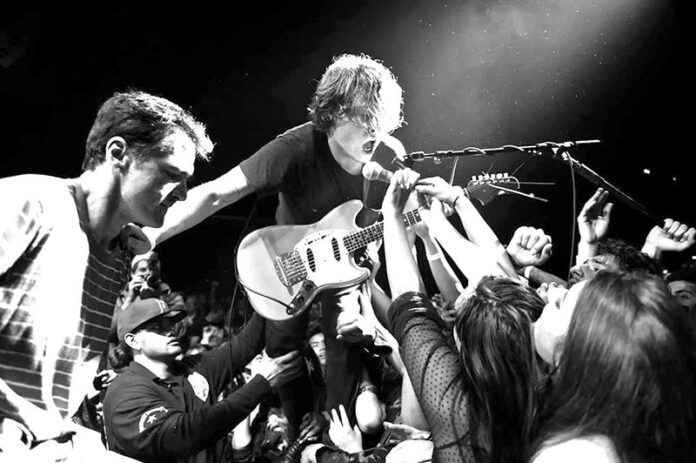 No one does it like Ty Segall. The Bay Area rock and roll multi-instrumentalist, who has played in San Francisco rock bands like Sic Alps and his own power trio Fuzz, announced his latest solo album, Emotional Mugger, by mailing the album on old VHS tapes to media outlets last November.

This Friday, Jan. 22, Emotional Mugger comes out in non-VHS formats via Drag City, and Segall, who just played two consecutive nights at the Fillmore, comes to Santa Rosa on Jan. 24 for a concert at the Arlene Francis Center hosted by the Pizza Punx.

Emotional Mugger is a big, burly, fuzzed-out beast of a record, containing 11 thumping tracks of garage-rock weirdness. To celebrate the new album, Segall has assembled a new backing band, the Muggers, to join him on tour.

Segall’s show in Santa Rosa will be the last concert put on by the industrious Pizza Punx, who are disbanding after three years of putting on some of the best underground rock shows in the North Bay. The group is reportedly transitioning into a few different projects, including a new concert booking collective called Shock City. For this final send-off, the punx are paying it forward and donating a portion of the proceeds to the Rape, Abuse and Incest National Network, the largest anti–sexual violence group in America.