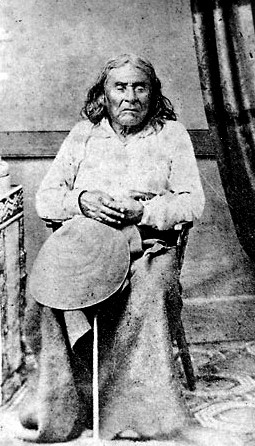 I know an indigenous elder in Napa. He’s got olive-colored skin, salt-and-pepper hair, drives a Prius and has no idea I’m applying such a sacred term to him.

He would disagree, because he yearly spends uncounted hours with the real deal—indigenous holy men in remote outposts of the Southern Hemisphere—absorbing their wisdom. It might not occur to my friend that in my urban neighborhood, he is to us what those men are to him, out in kivas and caves far away. He ponders deeply, speaks from his heart and inadvertently spreads hope and conviction in his words and actions every day.

But if I make him the “wise one” and go no further, I miss the point; all cultures have indigenous roots. Therefore, each of us can dig down inside for the so-called blood memory that reminds us what is right and who we are. (Of course it requires a time of disconnection from stimulation, including electronic devices.) According to a revered Peruvian elder, we need only “remember what we already know.”

Amazing but true: we already know how to live in balance and teach others by example. The indigenous tribes that lived in North America had an earth-centered spirituality. They looked at trees and saw “our standing brothers and sisters.” But most of the conquering Europeans came from indigenous Celtic tribes that once took tree respect even further. For the Celtic tribes, before they began to forget, divine worship took place in groves. Trees were sacred individuals that inspired awe and reverence. At times, that awe awakes in us.

It is convenient to make American Indians or indigenous people (misnomers notwithstanding) responsible for deep wisdom and connection to nature. Then we can pretend it does not belong to us. The speech attributed to Chief Seattle resonates:

But Chief Seattle said no such thing. The speech came from screenwriter Ted Perry in 1971, and four decades later we still can’t believe it. Nobody wants heart-wrenching wisdom from a screenwriter named Ted; we want it from a distant romantic figure, a holy man or woman, an indigenous elder.

That would be all of us. The words resonate because they make us “remember what we already know.” Chief Seattle and the “nobody” Ted Perry both reside in us, along with the responsibility to wake up and remember our indigenous roots, that we’re part of nature—siblings of those awe-inspiring trees.