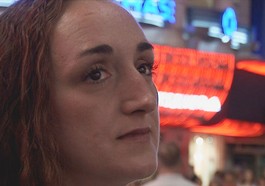 In 2007, California passed legislation barring energy companies from doing business with the state if they were also pursuing new coal contracts. O, pure, clean California! Not exactly. While we do not produce coal or have any coal-fired power plants, Californians still use coal to generate electricity and, according to the coal industry itself, the Golden State benefits from some $14 billion of economic swell either directly or indirectly from that black lumpen stuff that comes from the ground.

Pure, clean California, therefore, needn’t truck with such as having whole mountain tops sliced off, completely extracted of fuel and then replaced, generally 7,000 feet shorter than before and “landscaped” back to a faux-natural state by truckers whose aesthetic sensibility was evidently honed at Costco. West Virginia, on the other hand, is not so lucky, so pure or so clean. While only 1 percent of California’s electricity is generated by coal, a full 99 percent of West Virginia’s electricity is powered right from the ground beneath them, and the ancient Appalachian forests—not to mention the state’s citizenry—are paying a heavy price.

Screening Jan. 24 as part of the Sonoma Environmental Film Festival, writer-director David Novack’s authoritative documentary Burning the Future: Coal in America, shows exactly how heavy that price is by centering on accidental activist Maria Gunnoe. A waitress and mother of two, Gunnoe and her family have lived in the same “holler” for generations. She shows the camera how to peel poke limbs and describes their celery-like disposition when added to salad. She reminisces about spending her childhood in the creek that cuts through her large lot and foraging daily in the forest for the family’s dinner table.

Today, Gunnoe’s children cannot even shower in the water piped into their home, let alone roam the nearby forest or risk a dunk in the creek. When the mountaintop above their holler was surface-mined, everything changed. With the mountain’s vegetation gone, a regular rainstorm turned into a flood that devastated Gunnoe’s property and home, prompting her to quit her restaurant job and become a full-time activist, the Erin Brokovich of big coal. Let’s hope that a big-time Hollywood star like Julia Roberts decides to make her plight public, because as Burning the Future so aptly shows, there ain’t nothing clean about coal.

Burning the Future is just one of some 30 films showing this year at the SEFF that explore the various planetary woes mankind has conjured. Like a skewed Chinese medicine chart, the films divide fairly neatly between earth and water, closing with the acclaimed documentary Dirt! coming clean off the Sundance Film Fest circuit.

Troubled Water, a product of Arkansas public television screening Jan. 23, looks at what happens to a state so wet that rice is a primary crop when population and industry grow to unsustainable heights. As one artisan sitting at an unvisited table selling duck calls at a local fair explains, when the streams are pumped down, the fish go. When the fish go, the birds go. When the birds go, the hunters go. When the hunters go, he’s done for. All of which is where Arkansas is currently going.

Much happier fare is filmed close to home with Hidden Bounty of Marin: Family Farms in Transition screening on opening night, Jan. 22, with a special oyster and cheese and wine reception. Hidden Bounty centers on West Marin’s pioneering farm and ranch families, nearly all of them familiar names to local foodies. Dairy is a $36 million economic annual engine in Marin, with some 28 ranches providing primarily organic milk to niche markets.

In fact, “niche” is the magic word for the 52 family farms in Marin; the county has not only managed its open space brilliantly but has managed its brand with even more agility, the Marin Agricultural Land Trust reportedly being the oldest and most successful organization of its kind in the nation. Standing amid the reliable pleasures of his stunning Bolinas pasture, Star Route Farms owner Warren Weber beams into the camera. “I’m farming,” he says, “because I can’t help myself.” If only all the films at the SEFF were so organically optimistic.