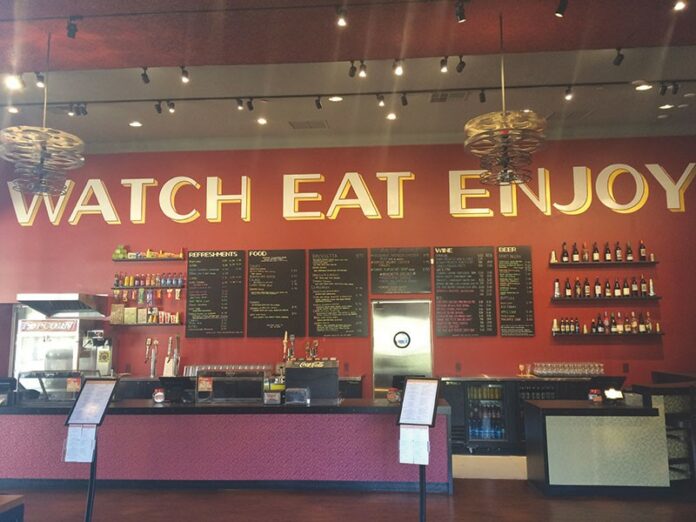 How Rialto Cinemas became the best movie theater on the planet

A buddy and I meet for a movie about once a month at Sebastopol’s Rialto Cinemas. We generally go to one of the last shows on a weeknight, around 9:30pm or so, after the kids are tucked away in bed and all is clear. The plan is grab a beer, maybe a bite to eat and then watch some kind of violent movie our wives would never want to see. Trouble is, food and drink options near the theater get rather sparse after 9pm on weeknights, and the nearby Barlow can feel like a ghost town. What to do?

That problem is now a thing of the past, thanks to the Rialto’s recently completed remodel. In addition to a new façade and updated interior, the theater now has a cafe that serves wine and beer. It’s open as long as the theater is open, which is later than just about anyplace else nearby. And it serves everyone, not just moviegoers. The food menu goes way beyond popcorn and Twizzlers. There are soups (black bean and lentil, roasted red pepper; $5.50), paninis ($8.95), various bruschettas ($9.95) and sharable snacks like deviled eggs ($5.95), a Middle Eastern plate ($5.95) and even nachos ($10.95) made with mozzarella and cheddar instead of the dayglow “cheese” dispensed out of a hand pump.

The drink menu is top notch, too. There are more than half a dozen beers on tap, like Moonlight Brewing Co.’s Death and Taxes, Henhouse’s saison and Bear Republic’s
Racer 5 IPA. Wines by the glass include Longboard Vineyards Point Break Red and Sauvignon Blanc, Shannon Ridge Petit Sirah and a Pali Pinot Noir.

The best part? You can bring your pint or glass of wine into the theater and enjoy it with your movie. My pint of Death and Taxes fit right into the cup holder on the armrest. How civilized.

Betting on the Land