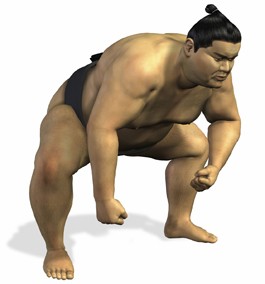 Most people have trouble relating to environmental data. For example, what does it really mean that Sonoma County produced 1,300 pounds of CO2 emissions per capita in July? Is that a lot? A little? Should we be concerned about this, or is that low as far as these things go?

Well, apparently, that 1,300 pounds is the same as sending 70,000 Hummers up into the atmosphere. And that 440 kilowatt-hours of energy used per capita in June? It’s like every person brewed 3,000 pots of coffee that month. Or the 111 pounds per capita of solid waste that Sonoma County residents generated in July? The same weight as 90,000 sumo wrestlers, y’all.

“There are so many kinds of feedback that people tap into,” says Anna Brittain, program manager for Community Pulse. “They check the weather, traffic reports, get on the scale to see if the diet is going anywhere. We want to make environmental feedback like the weather, something that almost everyone taps into.”

Community Pulse has partnered with agencies like PG&E and the Sonoma County Water Agency to get monthly outputs for four categories: solid waste, water use, energy consumption and CO2 emissions. Once Brittain gets the numbers on the categories, she breaks them down to a per-capita rate to make them easier to understand. On top of that, she tries to get people to visualize the numbers by comparing them to everyday things like Hummers and pots of coffee.

The goal is to use numbers to show how actions like leaving the lights on or not recycling affect the environment. Community Pulse also offers tips on how to make lifestyle changes such as watering after dark to reduce the water bill or keeping the water heater at 120 degrees to reduce electricity use. Other tips are more controversial, like suggesting people go vegetarian to save water, since it takes less water to produce vegetables than it does to produce animals.

“That one was to generate some buzz,” Brittain says. “I’m not sure how many people are actually going to turn vegetarian.”

If it catches on, Community Pulse hopes to expand to other communities in the Bay Area and beyond. Once communities see how they compare with the areas around them, it may stir up a little friendly competition.

“If the strategy is demonstrated as effective, we would want to get [the monthly report] syndicated so that newspapers could purchase it for their community papers,” says cofounder John Garn. “But right now, we’re just trying to figure out the system in Sonoma County.”

Garn, who owns the environmental consulting firm Viewcraft, first thought of Community Pulse 10 years ago when he read a thesis by Dutch graduate student Jan Hanhart.

In the early 1990s, the local government of The Hague, Netherlands, wanted to reduce natural gas consumption in the community by 15 percent. Hanhart suggested they simply show people the amount of natural gas they were using, give them a goal to meet and tell them how they could meet it. The government didn’t like the idea, so Hanhart decided to turn the experiment into his graduate thesis. He began putting ads on the front page of the newspaper explaining how much natural gas the community was using and how people could cut down. People soon took notice. By the end of six months, natural gas emissions had decreased 18 percent, surpassing the government’s goal.

When Garn read Hanhart’s thesis, he decided to try the idea in Sonoma County. However, the project stayed in the background until a year ago when Brittain, then a Yale grad student, became Garn’s intern and took over the project.

First, they started collecting the data, which took almost a year to track down since most agencies aren’t prepared to parse out their statistics on a monthly basis. Since launching in May, some 1,200 visitors have visited the CommunityPulse.org website and the nonprofit has committed to running regular data in the daily press, aiming to reach a larger audience.

It’s a small start, but it’s begun to catch on. “A teacher came up to me and said that every day she cuts out the weather report and hangs it in her class,” Brittain says. “Now that she has discovered Community Pulse, she has started to cut it out and hang it in her class as well so her students can read it along with the weather.”

Still, even Brittain seems unsure whether the project will gain momentum. For one thing, people tend to shut down when they hear terms like “acre foot” or “greenhouse gas emissions.”

In fact, getting people to view environmental information positively is one of the biggest challenges of activists today. And that, more than anything, is Community Pulse’s plan: to change how people look at environmental indicators.

“Signals are missing in the realm of the environment,” says Ann Hancock of the Climate Protection Campaign, a fiscal sponsor of Community Pulse. “So we blithely go along consuming and behaving the way we do because of the absence of those signals. Community Pulse is one of the ways to get those signals. It’s not going to be for everybody, but it is a good thing for many people.”

For this reason, the project consciously uses the word “Community” in its title instead of something like “Eco-Pulse” or “Green Pulse.”

“We don’t want someone to read this title and be instantly done,” Brittain says. “We eventually want this to go to the Midwest or the South and we don’t want someone to see the title and go, ‘Eco-Pulse? No. I’m not reading that.'” Americans, who make up 5 percent of the global population but consume 29 percent of global resources, are slow to make environmental changes because, some theorize, they equate it with giving up their lifestyle.

Garn believes that if Americans see how a simple lifestyle change directly contributes to the overall environmental health of the North Bay, they would be more likely to make these changes.

“Most people in Sonoma County get an energy bill and a water bill and a solid-waste bill,” he says. “Now they have the ability to dial these numbers back into their personal lifestyle. The numbers of salmon in the river or old growth redwoods as indicators are interesting, but these indicators impact people’s lifestyles. With them, people can actually make a change.”