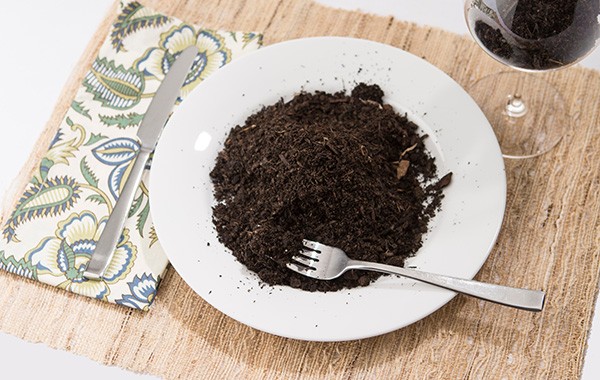 Dave Vella’s job sounds simple enough. He’s the vineyard manager at Calistoga’s 133-year-old Chateau Montelena Winery. The winery stunned the winemaking world at the famous “Judgment of Paris” in 1976 when it and a handful of upstart California wineries bested their French counterparts in a blind tasting. Vella’s job is to make sure the vineyards keep producing the great grapes that make such great wines.

Of course maintaining that quality is not so simple.

Farming grapes or any other crop is an act of creation—and destruction. Seeds are sown to create new life, but before any crops bear fruit, the land must be bent to the farmer’s will. Forests, grasslands, wetlands and other wild areas are leveled, drained and denuded. Fully functioning ecosystems above and below the ground are uprooted, displaced and destroyed in the wake of the plow and tiller.

Once crops are in the ground, chemical fertilizers, pesticides and herbicides are pumped into the land in an effort to counter the extraction of soil nutrients and imbalances that come from replacing a wild polyculture with a manmade monoculture. Organic and biodynamic forms of agriculture are more benign than chemical-based farming, but they are still unnatural imitations of a closed-loop, wild ecosystem. Too often, the soil suffers.

For such a vital resource, soil often gets treated like dirt. But soil is right up there with oxygen. Without it, we die. Soil feeds us, but the soil needs to eat too. What do we feed it? Typically, it’s a diet of chemical fertilizers, which yield ever-diminishing returns. Soil isn’t just dirt. It’s alive with nematodes, bacteria, protozoa and fungi that contribute to soil health, which in turn contributes to plant health and human health.

“You have to look at soil like a big checking account,” says Vella. “You make a deposit and you get a return, but you can’t keep withdrawing from the soil.”

But Vella has found a way to maintain a healthy account balance.

‘Compost has been my deposit for the past 15 years,” he says.

Working with San Francisco’s Recology and soil scientist Bob Shaffer, Vella has maintained healthy vines resulting from regular application of compost and the planting of diverse cover crops. Compost and cover crops are nothing new. But the use of them in tandem is novel, and advocates say the technique points the way forward in a world plagued by declining soil fertility, drought and soil loss.

Today, Chateau Montelena’s estate vineyard, located in a small, keyhole-shaped valley of stunning beauty, is on the cutting edge of a type of soil management which has applications far beyond the exclusive world of premium-wine production.

“This is a global story,” says Shaffer. “This is a partial solution to a lot problems. We just wish everyone on the planet knew about it.”

Earlier this month, Vella, Shaffer and Robert Reed, public relations manager for Recology, held a tour to show off what they had accomplished in hopes of getting other growers to follow their example.

Reed is passionate about compost, but he sees a roadblock: there isn’t enough of it to meet demand. Recology collects food waste in San Francisco and more than a hundred cities on the West Coast and Nevada. Thanks to San Francisco’s mandatory recycling program, the company collects an average of 700 tons of food scraps and garden debris every day. The material is composted at the company’s state-of-the-art Vacaville facility.

According to a 2011 report from the U.N.’s Food and Agriculture Organization, “roughly one-third of the edible parts of food produced for human consumption gets lost or wasted globally, which is about 1.3 billion tons per year.” That’s a lot of waste, but also a lot of potential compost. Reed says the problem is that the landfill industry has a lucrative grip on the waste stream and doesn’t want to give it up. Nationally, there are 3,000 landfills and only 300 compost facilities.

“There are all these food scraps in the world, and there’s a fight over who is going to get them,” he says.

A 2012 report from the Environmental Protection Agency finds that, on average, Americans create 4.4 pounds of waste per day. That adds up to 251 million tons of garbage a year, of
which about 87 million tons, or 34.5 percent, is recycled and composted. In 2011, Americans recovered more than 65 million tons of municipal waste through recycling and more than 21 million tons through composting,
reports the EPA. Still, more than 40 percent of all food that’s grown and bought in this country goes to waste, according to the folks at Lexicon of Sustainability.

That 4.4 pound national average is also the California average per-capita garbage creation. But Sonoma County residents are already creating a pound less of garbage per day than the national average, according to county statistics. Much of this recent, sharp reduction in the local waste stream is attributed to the adoption of single-source recycling bins, but the county also has an aggressive composting program that’s been in place for decades.

Sonoma Compost Co. has been in business since 1985 and has a contract with the county to divert green waste and other renewable garbage sources.

The company reports that since 1993 it has diverted 1.6 million tons of green waste from the local landfill.

Sonoma County generates 800 tons a week in food scraps—which is about
35 percent of all residential waste created in the county. County documents note that this is “a resource that could be used instead of landfilled.”

At the municipal level, the city of Santa Rosa utilizes the Laguna Composting Facility, where, the city reports, about 12,000 cubic yards of compost are generated a year. Most of that is sold to landscapers and vineyards.

Napa County reports that in 2012 it recycled or composted 113,000 tons of trash at the Napa Recycling and Composting Facility. The county reports that it diverts about
55 percent of the waste that would otherwise wind up at the Keller Canyon Landfill into compost or recyclables.

Napa County recently completed a successful pilot program to divert food scraps from the waste stream and into the compost economy; that service is now available at restaurants and other food service businesses throughout the county.

In Marin County, the biggest composting player is Waste Management, the corporate garbage behemoth that runs a recycling facility and landfill. Through its WM Earthcare program, the corporation produces and sells several grades of compost at the Redwood Landfill facility in Novato. The company reports that food waste accounts for about one-quarter of Marin’s residential waste stream.

According to its website, Waste Management is expanding the composting facility in Novato to accommodate residential and commercial food waste. The company offers its compost for sale through the North Bay and says its product is the “compost of choice for discriminating vineyards.”

What he does is straightforward. Between the rows of Cabernet Sauvignon and Zinfandel, he lays down rich compost from Recology the color of ground coffee and then seeds that with various cover crops and insect-attracting plants such as mustard, barley, Queen Anne’s lace, strawberry clover and brome. Many winegrowers make sure nothing grows between their vines, a waste of valuable real estate that might otherwise help feed the grapes.

Compost by itself is good. The humus in the compost holds water and draws grape-feeding carbon into the soil. It also feeds the rich biological life in the soil: earthworms, fly larvae and other beneficial insects that further nourish the soil and plants. But compost plus cover crops is better, says Shaffer, who consults with farmers around the world, most of whom complain of the same thing: hard, infertile soil.

“Compost is great, but it doesn’t have roots,” he says.

The addition of cover crops helps fix nitrogen in the soil, literally pulling it out of the atmosphere (where we don’t want it) and putting it in the ground (where we do want it), reducing or eliminating harmful fertilizers. Blossoms attract helpful insects that eat pests, cutting down on the need for pesticides.

“This is called synergism,” Shaffer says. “The whole idea is to imitate nature.”

Fifteen years and counting, the result is soil that’s teeming with life, vineyards that continue to produce premium grapes and—nearly 40 years after the Paris tasting— vintage after vintage of great wine.

“If you work with mother nature instead of trying to fool mother nature, it always works out,” says Paul Giusti, community and government affairs manager for Recology.