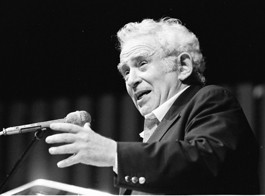 Historians, archivists and others scramble to preserve the present

Last December, a story emerged of difficulties in transferring all of the Bush White House electronic mail messages and documents to the National Archives. Government officials, historians and lawyers pointed to a variety of conflicting reasons why the transfer of information did not run smoothly.

An estimated 300 million messages and 25,000 boxes of documents were the sum total of the Bush years, yet concern focused on how electronic information would be archived and handled. In an article titled “Bush Emails May Be Secret a Bit Longer,” the Washington Post noted that the problems were exacerbated by the fact that “the administration began trying only in recent months to recover from White House backup tapes hundreds of thousands of emails that were reported missing from readily accessible files in 2005.”

A Federal Court judge was so incensed that by mid-January he felt the need to lambaste the Bush White House over the missing files. Following a search that reportedly cost more than $10 million to locate 14 million emails, Judge John Facciola said, “The records at issue are not paper records that can be [physically] stored, but electronically stored information that can be deleted with a keystroke. Additionally, I have no way of knowing what happens to computers and to hard drives in them when one administration replaces another.”

The changing manner in which we communicate has huge implications not only for presidential archivists, but also for those trying to document contemporary life. Consider the following: Should Norman Mailer’s email inbox be preserved for the public record? What about his mobile phone records, including voice and text messages? What should happen to Barack Obama’s BlackBerry? Can someone’s Facebook account be archived for future generations? How would they be stored? Salman Rushdie bequeathed four computers to a university library, so is it only a matter of time before a politician bequeaths his or her emails to an institution?

Archivists, already clamoring to catch up with the digital revolution, are now finding it extremely difficult to cope with changing communications practices. Faced with ever-demanding researchers, who expect access to information and expect it now, there is a fear that many public records are in danger of being lost in the melee.

“A feature of modern administration is that we expect instant responses to proposals and for decisions to be communicated quickly,” says archivist Tom Quinlan. “In the past, you might have had a manuscript which needed to be typed up and may have gone through several drafts. Now, with email, a draft may be sent to four colleagues. They in turn will make four separate copies, maybe saving some to their personal hard drives, and emailing back their revisions. So now there is a building electronic trail, and one of the issues we have is version control.”

If this issue is proving a headache for archivists, then spare a thought for the humble historian trying to make sense of the electronic era. Economist and social commentator David McWilliams says he’s not all that bothered by the vanishing paper trail. When we talk, he has been sitting in a cafe “people watching.” This, he says, is one of the best and most underrated forms of research. “My style would involve as much observation as possible and then going to primary sources and trying to substantiate what I have seen. What I try to do is to take a photograph of a moving object, so that I’m not faced with the same problem as historians.”

Dr. Michael Cosgrave is a history lecturer, and one of those charged with training the next generation of historians to be able to respond to changing source material. “The vanishing paper trail doesn’t have that large an impact on the work of the historian,” he says. “What we are really trying to do, when looking at any historical figure, be it Louis XVI or George W. Bush, is to understand why they made the decisions they made and to get inside their mind.

“Even if a huge amount of source material exists on paper, it may make it easier to get inside their mindset, but there are no guarantees,” Cosgrave continues. “The role of the historian is still about rigorous analysis of a narrow set of sources. Abundance of material can be deceptive. Personally, I don’t see the vanishing paper trail as a problem. Part of the thing is that we have always had to learn and teach students how to deal with incomplete source material—it’s what we do anyway as historians.”

Cosgrave says it’s probably only a matter of time before email inboxes are left to institutions, particularly when it comes to emailed drafts of important public documents.

“People have only had email in the past 10 years, and that hasn’t prevented historians from writing biographies since the start of time. I’m currently reading a biography on Alexander the Great; the fact that the fourth-century king didn’t have email or Twitter or a mobile phone does not prevent people from making reasonable evidence-based conclusions about his character.

“It’s all about people really, and while people do change with different cultural contexts, we’re still dealing with the same crooked timber of humanity.”