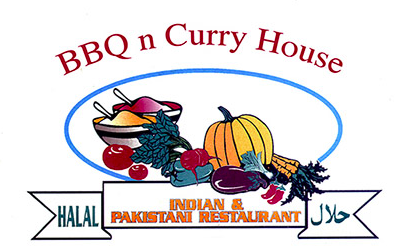 Did You Just Say “Let’s Have Lunch in Marin City”?

Well indeed I did.

But first, a digression. To another city.

They used to have this joke about the “Indian Row” on 6th Street in Manhattan that there were dozens of restaurants on the block but one central kitchen, hidden, that connected them all. This was a way of saying—there’s nothing special about this tourist-lure of bustling and popular 6th Street, the Little Italy of its culinary persuasion, a place for the rubes.

But there were of course places that stood out on 6th Street in the East Village—just like there were other sadsack curry shacks that always seemed to get the leftover crowd, if any. After awhile, you’d sort of pick one and that would be the regular. Mine was a place that had the spiciest, cleanest vindaloo I’ve ever had, and I once saw John Malkovitch bang his head on the ceiling there. Tall man. I can’t remember the name of the restaurant—but man, that was some memorably spicy vindaloo. And that dude had a huge head, too.

Competing vindaloos is not a problem or even an issue in Marin City. It’s not even worth talking about. Because BBQ ’N’ Curry House is not only the only Indian restaurant in this town, it’s the…well, under some definitions of the word, you might have some trouble rolling the word “restaurant” off of your tongue to describe the…hmm…the culinary scene that is Marin City.

OK, Outback Steakhouse. Technically, yes, you are a restaurant. I’ve yet to sample your wares, but I have been known to drop in at your cohort Applebee’s on occasion—and indeed you might call me a TGIF’s man from back in the day. I got no gripe with you. So OK. Two restaurants.

Oh, and I’ll eat some of that Panda Express super-gloop Chinese in the Marin City shopping center. Next time. Sure, you can be a restaurant too, ya cute little cuddly bear.

But that other place in the shopping, with the burgers, and the crown? Love those flame-broiled fumes in the Gateway parking lot, but that stuff can’t be good for you? Can it?

So yes, BBQ ’N’ Curry house on a Saturday in Marin City, on a journey between here and there, waiting for the man—actually, the bus.

And yes, the vindaloo, always the vindaloo curry. The platter arrived with chunks of potato, a pair of moist and currified drumsticks and some boney thigh on which to chew. The curry was earthy and spicy but not nuclear, a little on the thick side and with an undercurrent tomato tone that stayed around awhile.

A Frisbee of crunchy-chewy garlic na’an played the role of sauce clean-up crew—and if you asked me to pick favorites, I’d give the nod to the na’an. The menu’s got all the Indian usuals—biryani to tandoori and beyond—and salmon pakora is at the top of the to-order list next time.