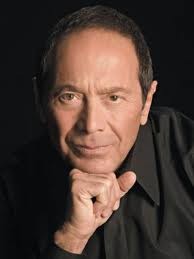 “I hate this song,” Frank Sinatra would often remark from the stage, introducing “My Way,” “I’ve had it up to here with this goddamned song.” He had a point. Though Sinatra lived large, the egomania of “My Way” never sat well, and one can only imagine how his constant denigration of the song affected its writer, Paul Anka. Of course, Sinatra also loudly hated the type of early moon-faced teen-idol pop Anka trafficked in, such as “Puppy Love,” “Put Your Head on my Shoulder” and “Lonely Boy,” so maybe the public bashing wasn’t such a surprise. Last year, Anka made headlines after Michael Jackson’s death when he threatened to sue the Jackson family over the writing credits of a leftover song the two had co-written, and this year, he brings his warm holiday cheer in a show called “Christmas, My Way” to town on Wednesday, Dec. 22, at the Wells Fargo Center. 50 Mark West Springs Road, Santa Rosa. 8pm. $45–$99. 707.546.3600.

The Guerneville Flood Project: Cal Bal Fishing in His Driveway