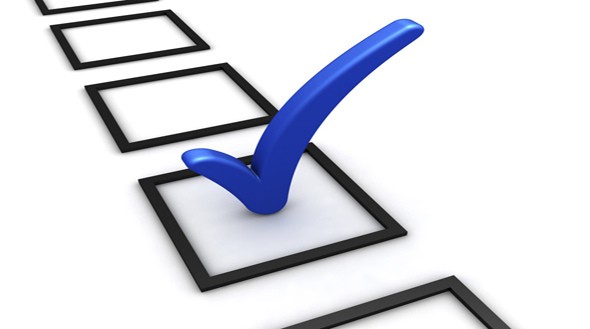 Last week, the Bohemian published a story about a political action committee called Votesane, and the $35,500 it sent to Napa Rep. Mike Thompson’s 2016 re-election campaign.

The PAC, advertised as an online portal where so-called conduit contributions are collected and forwarded to candidates, jumped out because of the fact that the aggregate $35,500 that went to Thompson was all traced back to the real estate industry, via filings with the Federal Election Commission (FEC).

Let’s get under the hood of the conduit PAC phenomenon a little deeper, now that the Bohemian has heard from Votesane’s founder Rob Zimmer and the FEC after publication.

Under the law that created the conduit PAC, the donors who give through the PAC are subject to campaign-contribution limits, but the PAC itself is not. The conduit PAC, in its most benign form, exists to process a credit card on behalf of a contributor and forward the cash to the candidate, minus a small fee.

Under FEC rules, the board of any conduit PAC is not allowed to decide who gets a contribution; nor can the board send a contribution to a candidate other than the recipient earmarked by the donor.

If a conduit PAC was found to be endorsing a candidate or steering donations to one or another candidate, it would be subject to the same rules as any other advocacy PAC, including the most important of all: there would be annual limits on how much the PAC could donate to a particular candidate.

That’s how it is with such organizations as the National Association of Realtors, which also regularly contributes to Thompson. Under existing law, Votesane can funnel as much aggregated real estate money to Thompson as its donors see fit to contribute.

That’s the legal landscape. But what of the ethical one? Zimmer and the FEC both compared Votesane to another conduit PAC called ActBlue. But the big difference there is that it’s pretty obvious what ActBlue’s purpose is: to funnel contributions from donors to Democratic Party candidates. The ActBlue board doesn’t endorse, they don’t
pick the candidates who’ll get contributions—they just send the money.

There’s no language in the conduit PAC rule that addresses the business ethics of these newcomer PACs on the post–Citizens United American election scene.

It doesn’t address, for example, the phenomenon of a conduit PAC set up as an “anyone can give” site but which, within a year of its formation, is seeing business only from one industry—and whose founder comes out of that same industry.

Zimmer says that he has tried to drum up other business at Votesane from big labor and other industries, but has been unable to do so. He blames the absence of any non–real estate industry contributions after 2010 on an older citizenry who are still used to writing checks to candidates and who aren’t going online to participate in democracy.

“It’s fair to say that the realtor community has found it to be an efficient form of giving,” Zimmer says, adding, “I’m glad it happened. The first big customer is always the hardest.”

As it stands, the only rule for customers seeking out a conduit PAC is caveat emptor.

And why should a buyer beware? Well, let’s take an extreme hypothetical case. A white supremacist sets up a conduit PAC called the One Love PAC. It’s advertised as open to everyone, but soon after the PAC gets off the ground, everyone donating through the site just happens to also be a white supremacist.

Let’s say you stumble across a positive news story about One Love that calls it a bipartisan clearinghouse for anyone who wants to participate in the political process. The website says the same thing. Most of the money is going to Donald Trump, but you’d have to check the group’s FEC filings to know that.

So you sign up and send $500 to Nancy Pelosi—and now Pelosi just accepted $500 from an organization with ties to white supremacists.

This is an issue perhaps best addressed by best-practices business law, consumer law or even the Virginia Better Business Bureau, where Votesane is located. At the federal level, Congress would have to amend the law that created the conduit PACs in order to deal with the phenomenon of a conduit PAC whose founder comes out of the same industry as all of its donors.

Zimmer was forthcoming about the difficulties in getting a start-up off the ground and insisted that the board is operating on the up-and-up. “Success is not ordained,” he says.

Still, it’s a fair question to ask whether Votesane, and by extension, its advisory board, is the functional equivalent of a lobbyist, since every contribution that comes through the PAC is from the same industry (and Zimmer’s not the only one on the board with a background in real estate).

Speaking generally, the FEC’s deputy press officer Christian Hilland had this to say on the subject of Votesane and the aggregated contribution to real-estate-friendly Thompson:
“We are unable to comment on
any particular committee’s financial activity for the potential for enforcement matters to come before the Commission.”