Of sheriffs and DAs 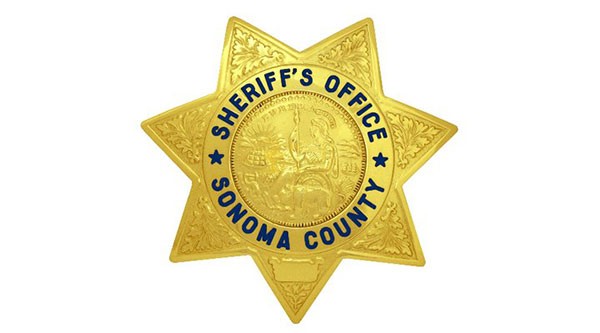 The influential North Bay Labor Council has taken a stand on who it will endorse for Sonoma County Sheriff in 2018. Or rather, they’ve taken two stands. OK, they punted. Delegates at the NBLC, an arm of the AFL-CIO, couldn’t agree whether to endorse Santa Rosa city councilman and former city cop Ernesto Olivares, or former LAPD station commander John Mutz. So after taking a couple of votes where neither gained the requisite two-thirds to prompt a single endorsement, they announced a split endorsement on March 5.

Mutz has emerged as a favorite among Sonoma County police-accountability activists. Olivares is the lone Latino in the race after Windsor sheriff Carlos Basurto dropped out. A big driver pushing the “change” mantra in this race centers around fallout from the 2013 killing of Andy Lopez by a county cop. SCSO Captain Mark Essick is the sole remaining candidate who is currently an employee of SCSO.

The candidates will square off in a June primary. The top two candidates will be the nominees in the first contested sheriff’s race in the county in decades. A NBLC press release on the split endorsement noted that Essick has been on the force for about 20 years. It remains to be seen whom the council will endorse if Mutz and Olivares emerge victorious in the primary.

“We would go back again to the delegates and try it again,” says NBLC executive director Jack Buckhorn, who adds that the union had a choice: sit on the sidelines or go with the dual endorsement. “We felt very strongly that change is needed,” he says, adding that there’s not much daylight between Mutz and Olivares on the issues. “If you listen to the debates, there’s not much difference between what they are saying.”

Just as Sonoma County cannabis lawyer Omar Figueroa was cogitating on Facebook about a potential run for district attorney last week, Jill Ravitch, the current Sonoma County DA, did a big ol’ reversal on pot and said she would review local misdemeanor cannabis convictions with an eye toward expungement of those cases.

Late in January, San Francisco DA George Gascòn said his office would be reviewing similar cases in his jurisdiction, and the Bohemian followed up on that story by asking Ravitch whether she would take up the cudgel and review local cases. She said no, and that there was a petition process in place and that her office was sticking with the plan as detailed by Proposition 64. The new pot rules in California allow for people who were convicted of pot crimes that are no longer crimes to clear their records.

A local daily newspaper followed up on the Bohemian‘s reporting with additional reporting that quoted Ravitch as saying she didn’t have the staff or resources to expunge the minor pot charges. That was the same argument offered to the Bohemian by Marin DA Edward Berberian, who said in February he would not be taking up the Gascòn initiative. Berberian is not seeking re-election this year. He’s been the DA down yonder since 2005.

Ravitch said she was inundated with requests for expungement and decided to heed the public’s call, and found the resources to expunge misdemeanor pot charges after all. Ravitch is seeking re-election this fall.