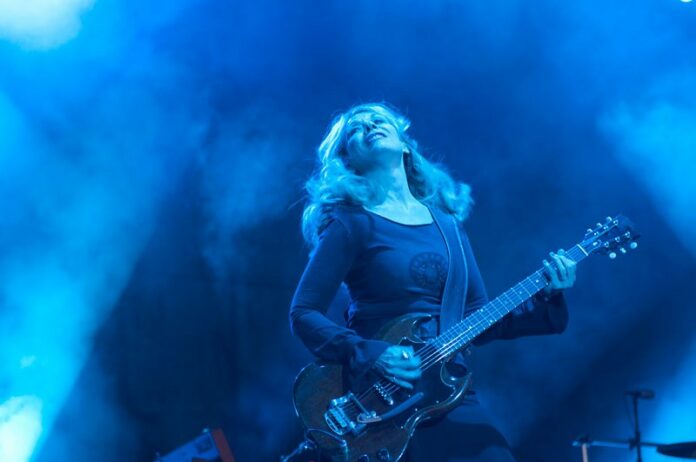 BottleRock seems to have cleared its name.

Latitude 38, the new ownership group, was under a microscope this year after last year’s producers racked up about
$10 million in debt to vendors. “This world is small and everyone’s talking,” said David Graham, CEO of Latitude 38, a day before Friday’s kickoff. “They’re all asking each other, did you get paid? And fortunately, they are [getting paid].”

So far, the only major complaint this year seems to be the two-hour wait for shuttles back to the parking lot on Saturday, which saw 34,000 attendees out of the total 81,000 tickets sold for the weekend. Sunday’s exit was much smoother. “There was a lot of work that needed to be done there, and they got on it right away,” says Captain Steve Potter of the Napa Police Department.

Napa police made seven arrests over three days at the festival: five for public intoxication, one DUI and one for delaying or obstructing an officer.

“The feedback I’ve heard from people here in town is that it was a lot easier to figure out this year, and people had a good time,” says Potter.

“Operationally, we exceeded expectations,” says a hoarse, but happy Graham. “We’re ecstatic that the drama of the BottleRock brand is over. The brand’s been cleaned up.”

In fact, Graham says he met with agents all weekend, and they’ve already started booking sponsors and bands for next year. “We did this in three months, imagine what we can do in a year.”

In December, a jury ruled against Santa Rosa Junior College in a character-defamation suit, awarding a former faculty member $250,000. Now the school is gearing up for a multimillion dollar lawsuit involving the same person.

Daniel Doolan was hired as SRJC’s first full-time male nursing faculty member in 2009. On Sept. 7, 2012, he filed suit against the school claiming gender discrimination, sexual harassment, failure to prevent harassment and defamation of character. “The jury found in favor of the district for three out of four of those charges,” says Karen Furukawa-Schlereth, SRJC vice president of human resources. But for the charge that stuck, Doolan was awarded 10 times the amount he had asked for.

“He had a phenomenal reputation up until this stuff happened,” says Doolan’s lawyer, Dustin Collier.

Now Doolan has filed a second suit, claiming the school retaliated against him for his complaints (he was fired in 2013) and manipulated his tenure track process. Collier says the lawsuit seeks $1.6 million in economic losses and emotional distress. The case could go to trial as early as spring, 2015.

Meanwhile, SRJC has hired Bertrand, Fox and Eliott, a large San Francisco law firm that specializes in public entity defense for the upcoming case. The school’s attorney in the 2013 case “had other commitments,” says Furukawa-Schlereth. “This firm is on an approved list of firms that can be used by this district.”

Doolan took a lower-paying job at a different school after being fired from SRJC. He has since applied to SRJC, not for his previous position but for a position in the same department, Furukawa-Schlereth confirmed. She also said the school is planning to appeal the December ruling.