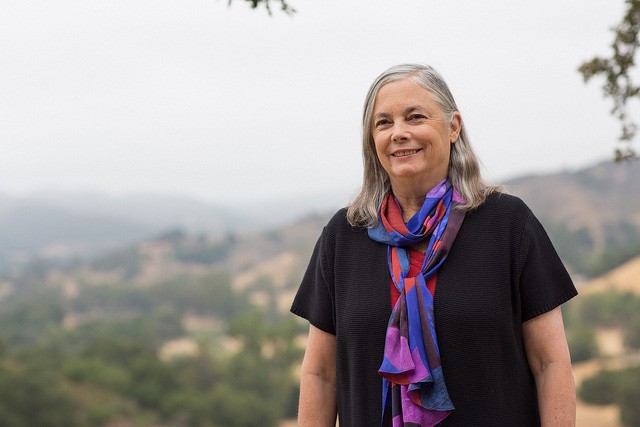 Last week California saw the implementation of 2013’s
Senate Bill 4, the state hydraulic fracturing law written by
Sen. Fran Pavley (pictured). Depending on your perspective, SB 4 was either a giveaway to a frack-crazed energy industry or it represents the arrival of the toughest fracking regulations in the country. (The latter determination is according to a Los Angeles Times report on SB 4 from last week.)

Both can be true. The Pavley law was signed by Gov. Jerry Brown after legislative attempts to ban fracking failed.

Anti-frackers charged that Pavley’s bill gave the state oil and gas industry two years of unfettered fracking before the regs kicked in. SB 4 also served to stymie a robust statewide push to ban fracking when it created a set of regs under which the practice can continue. Among its other highlights, fracking involves lots of wasted water, the potential for earthquakes and, possibly, blue flames shooting out your faucet.

Last week several federal agencies wrapped up their investigation of the Andy Lopez shooting. Conclusion: The 13-year-old’s federal civil rights weren’t violated when he was killed by a Sonoma County Sheriff’s deputy in late 2013.

The Lopez family lawyer vowed to press on; a civil rights case against the sheriff’s office is scheduled to hit federal court in April 2016. Arnoldo Casillas argues that even as the sheriff’s office says the feds’ decision endorses its position that there was no violation of Lopez’ civil rights, “the feds confirmed that this was not the case, and that their decision is simply that they will not prosecute deputy Erick Gelhaus under the federal statute.”