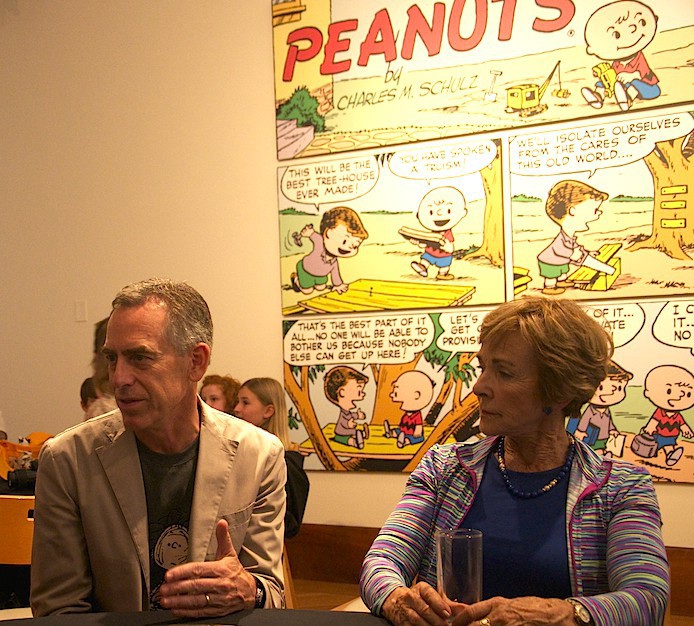 “I’ve been waiting for that question for months!” So exclaimed second-term U.S.
Rep. Jared Huffman, D-San Rafael, last week when Debriefer got him on the phone. The question: Who are you supporting for president in 2016?

The answer may surprise readers who have already taken note of the fact that there’s a pretty heady battle shaping up in the Democratic Party over the presidential campaigns of U.S. Sen. Bernie Sanders and Hillary Rodham Clinton. Bernie has been getting huge, boisterous crowds around the country with his fiery blasts of populist rhetoric and anti-corporate, up-the-people messaging. The knuckle-draggers over at the National Review
are taking Sanders and his message so seriously, they even called him a Nazi.

Huffman is a progressive Democrat whose congressional district comprises a region of the country so distinctive in the American political imagination that George Bush was once reduced to calling U.S.-born jihadi John Walker Lindh “some misguided Marin hot-tubber.”

So readers may be surprised that Huffman is all-in for Hillary Clinton, many months before the Democratic primaries get into gear. The Iowa caucus kicks it off next February; the California primary is June 7.

“Sanders is bringing some great points to the discussion,” Huffman says, “but at the end of the day, our Democratic nominee is going to be Hillary Clinton, and I’m going to support her.”

Huffman is pragmatic even as he throws a populist cheer in the direction of Sanders, a Vermont socialist who ran for Senate as an Independent, and who caucuses with the Democratic Party.

“Bernie is getting great crowds and he’s getting people excited on the left—that’s a good thing. But Hillary Clinton is going to dominate all the primaries, she’s going to start racking up delegates, and it will be clear, early on, that our nominee is going to be Secretary Clinton. But I think the good news for all of us is that she seems to be embracing some of the things Bernie is saying as well.”

All will be clear in a year. The Democratic National Convention goes down in Philadelphia next July 25–28.

So who is Huffman handicapping for the Republican Party nomination? No surprise there: “I’m crossing my fingers and hoping for Donald Trump,” says Huffman, “but we’ll probably wind up with someone more like Scott Walker.”—Tom Gogola

Last Friday, the Charles M. Schulz Museum and Research Center invited cast and crew of the upcoming Peanuts Movie to the museum for a meet-and-greet with the press. The animated adventure is the first time the iconic Peanuts characters have made it to the big screen.

Martino highlighted the challenge in preserving the authenticity of characters adored by millions for over half a century, while introducing them to a new generation of kids. The Peanuts Movie is scheduled for release on Nov. 6.—Charlie Swanson