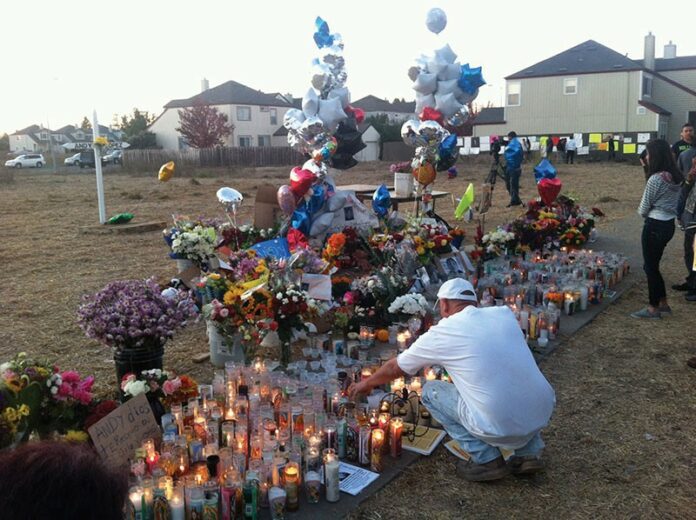 In the aftermath of Sonoma County District Attorney Jill Ravitch’s decision not to file charges against sheriff’s deputy Erick Gelhaus for the shooting of Andy Lopez, a task force set up last winter to examine police accountability vowed to push harder for reform, even as one member of the task force said she wasn’t surprised by Ravitch’s move to pass on charging Gelhaus.

“Not a lot of people thought it was in the realm of possibility that he would be charged,” says Robert Edmonds, co-chair of the Community and Law Task Force, a citizens’ advisory group established by the Sonoma County Board of Supervisors in December.

As a criminal matter for the district attorney, the Gelhaus decision turned on use-of-force issues. Yet Edmonds stresses that the task force isn’t out to rewrite the police training handbook, but to broadly account for 56 officer-related fatalities in Sonoma County over the past 15 years and take whatever steps necessary to limit civilian fatalities and build community trust. While some of the 56 victims were shot by officers, others deaths involved suicide and illness while in custody.

The task force’s major focus, says Edmonds, is to translate community concerns over policing into “meaningful oversight where people feel like their concerns are addressed.”

The task force has until December to come up with recommendations for enhancing police accountability and reviewing options for community policing.

Speaking personally, Edmonds says he would like to see Sonoma County establish new rules to enhance accountability and transparency in police discipline proceedings.

Task force member Amber Twitchell stressed her personal, good-faith view of law enforcement: “I do not believe that there is any intentional wrongdoing at any level of law enforcement in our county,” she writes in an email.

“A system for oversight allows for law enforcement to focus on protecting our community and takes them out of the middle of investigations,” she says, adding that the same system “also allows an effective methodology to emerge that can take a hard look at the policies and systems around use of force and make any recommendations that can only make our community more safe.”

Task force chairperson Caroline Banuelos also notes that the 20-plus member group, while not charged to focus on use-of-force issues, “posed the question to [Sonoma] county counsel in terms of the standard of objective reasonableness being applied in criminal cases. . . . These cases are happening all over the country yet charges are rarely filed. We’re trying to understand—from a legal perspective—why.”

As chair, Banuelos says her major role is to make sure that Latino and other concerned voices in Santa Rosa are heard as the task force moves toward recommendations by year’s end.

“I want to encourage the public, especially now, to come to our meetings,” she says, “and make their feelings known to the task force about what they think our recommendations should be—and how they believe healing might come about.”