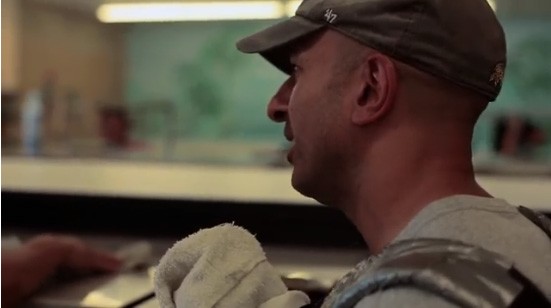 State Lt. Gov. Gavin Newsom told an enthusiastic crowd in Marin County last week that he supports legal weed, with the usual and expected caveat: Keep the boo away from junior until he’s at least old enough to drive.

Our bud Newsom’s long-held pro-legalization posture is at odds with ol’ Gov. Jerry Brown, who opposes legalization and whose economy-boosting priorities these days revolve around the great cosmic death frack.

If Newsom were running the show, he’d let the Cali-cool freak flag fly proud, pungent and profitable. Legalization is a far more popular stimulus option among the progressive base that Brown’s been bogarting all these years.

But Brown’s a shoe-in for reelection this year, he don’t need no stinkin’ progressives, and the pot issue is neutralized anyway since Brown’s opponent in the fall election, Republican Neel Kashkari, also opposes legalization.

Yet Kashkari (shown) made headlines of late when he “dressed up” like a homeless person in order to, you know, get a feel for the street life. We think he might have been trying to score some Mexican dirt-weed as a way to take the sting out of his party’s anti-immigrant animus, but that’s just us. Get yourself a dispensary card, brother. That street stuff is bunk.

For Gen X pol Newsom, this is no mere dab into pot politics. The Kentfield resident lit up the joint in Marin when he told the crowd, as reported in the Marin Independent Journal, that he’d stump around the state for a 2016 legalization ballot measure.

Newsom’s pro-pot speech came on the heels of a stunning recent New York Times editorial that laid out the rolling-paper of record’s newfound pro-legalization posture, despite Maureen Dowd’s recent and hilarious psychotic encounter with a pot-laced candy bar in a Colorado hotel room. If the gray lady can get with the greenery, can the S.F. Chronic be far behind?

Newsom has on occasion huffed and puffed about running for higher office—he would have run for governor this year if Brown had bowed out of the race—and Debriefer’s down with that plan: Aim high, sir! The people are with you on this one.

DOGS AT THE TABLE

Speaking of Jerry Brown going completely to the dogs, the governor has a bill headed to his desk that he better sign—oh, but he better! Yes, Debriefer is referring to our favorite bill outta Sacramento this year, our pet bill, Napa assemblywoman Mariko Yamada’s dogs-in-restaurants bill, which would localize decisions about whether Fido’s welcome in al fresco dining settings. Her office e-blasted Debriefer with the news last week that the bill made it through both houses in Sacramento. Roll a bone and go for it, Gov.

And in other wacky-tobaccy news we first read about in the Marin IJ, Nels Johnson had a great zinger in his piece last Friday about Marin County supervisors barring the sale of tobacco in unincorporated parts of the county. Johnson took the opportunity to remind readers about the county’s pension fund: “The supervisors barred tobacco sales without mentioning the county pension system’s
$8.7 million investment in tobacco stocks, half of it in Philip Morris.” Love that unfiltered reporting, Nels.—Tom Gogola