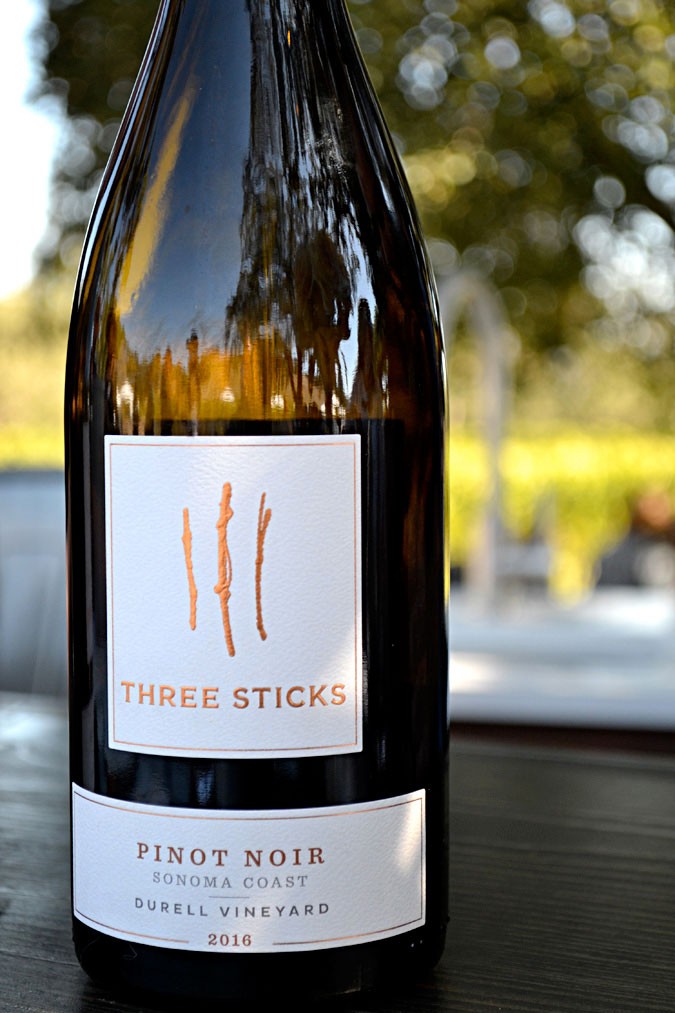 Great vines are an electric-cart ride away in Sonoma Valley

The first single-vineyard Syrah that I remember having was a Kendall-Jackson wine from the Durell Vineyard in Sonoma Valley. It was way back in the 1990s, but the silky, sinuous wine proved memorable.

Later, I saw that a grapevine nursery was offering a Syrah clone called “Durell.” Must be some special vineyard, right? So I was delighted to accept an invitation to Destination Durell this month, a pilgrimage to the home of the mother vine of a great California Syrah.

At the parking area, I hop on an electric cart that whirs toward a low hill topped with vineyard rows. But the tour stops at an oak-shaded grove. This event, hosted by Three Sticks Wines, is more of a wine club party (signing up to the list will also net you an invitation) than the educational tour I’d hoped for. But onward: there’s an educational opportunity at the first winetasting station I visit after slurping a candied splash of Three Sticks 2016 Pinot Blanc ($50) offered at check-in.

I ask the guy pouring the wines if he can help. Yes he can, since Rob Harris is director of vineyard operations for the whole outfit owned by venture-capitalist-turned-vintner Bill Price. Harris gives me the bad news about the original Syrah: “It’s no longer with us.”

But mourn it not: cuttings from the original vines live on in a block sold to Ram’s Gate Winery by Ellie Phipps Price, who bought it in 1998 with then-husband Bill. The other block of Syrah, sold to Chateau St. Jean for a single-vineyard bottling, is just some more common Syrah, like clone 1, says Harris.

Ah, the plot thickens. Durell’s Syrah originated from a test vine from UC Davis’ Foundation Plant Services (FPS) planted in 1973, then called Shiraz 1 because it came from Australia. Later cuttings got the Durell designation after growers requested it by that name, and it came back to the wine world via FPS as Syrah clone 8.

Durell is mainly a Pinot Noir and Chardonnay vineyard, after all, but Three Sticks pays homage to this complicated history with a red field blend of white and red Rhône varieties called Casteñada ($45). A mélange of Syrah, Grenache, Grenache Blanc, Viognier and Marsanne, it’s refreshingly uncomplicated.