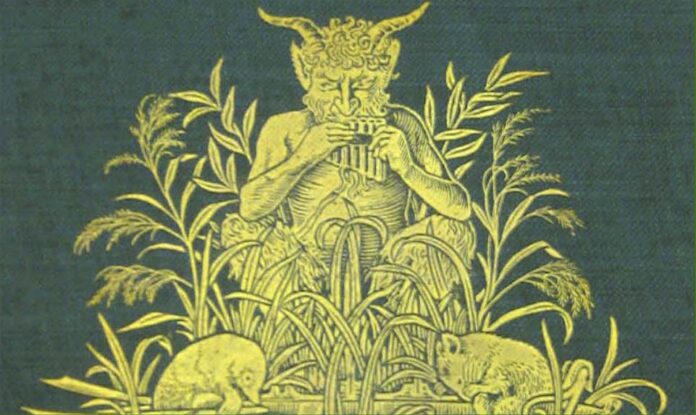 David Templeton Takes On ‘The Piper at the Gates of Dawn’

Local writer, actor (and former Bohemian contributor) David Templeton found himself with plenty of free time during the North Bay’s ongoing shelter-in-place response to the Covid-19 pandemic these past six months.

In the time, he’s been flexing his memory muscle by memorizing all 3800 words of “The Piper at the Gates of Dawn,” the beloved seventh chapter from Kenneth Grahame’s seminal literary work, Wind in the Willows.

This Saturday, September 12, Templeton will share the exciting and mysterious tale in coordination with the Friends of the Petaluma River in a live, word-for-word performance of ‘The Piper at the Gates of Dawn’ that can be seen on Facebook, YouTube or the Friends’ website for free at 5:30pm.

Written over one hundred years ago, Wind in the Willows is one of the most beloved children’s novels on the last century, and it’s anthropomorphic animal characters like Mr. Toad have endured in Disney adaptations and other films and animated fare.

Yet, many children who grew up reading Wind in the Willows may be unaware of “The Piper at the Gates of Dawn,” which is often edited out of many modern adaptations.

The chapter features a story that seems unrelated to the rest of the novel’s plot. Otter has lost his son and Rat and Mole get in their boat and row through the night to look for him. Just before the dawn they hear incredible music and come face to face with a deity who is clearly (though never named) the Great God Pan, with the lost otter boy sleeping at his feet. Rat and Mole load the boy into the boat and take him back to his family recognizing that they have had an unusual experience.

While this chapter is less well known than the rest of the story, it is arguably the most celebrated, studied and beautiful chapter of the book, and critics and fans alike regularly point to “The Piper at the Gates of Dawn” as Grahame’s best writing.

“‘The Piper at the Gates of Dawn’, filled with references to sleeping and dreaming and waking and drowsing, is, I think, all about awakening to beauty,” Templeton writes in a statement. “It’s about those transcendent moments when something jars us out of our habits and comforts and we suddenly see the world in a striking new way, then struggle to hold onto that vision as we return to our previous habits and comforts.”

For Templeton, memorizing “The Piper at the Gates of Dawn” was a personal project during the early days of quarantine that he describes as, “A true joy and pleasure at a time when joy and pleasure sometimes seem in short supply.”

Following his performance on Sept. 12, Templeton will engage in a discussion of the work with writer, filmmaker (and current Bohemian editor) Daedalus Howell and Friends of the Petaluma River Executive Director Stephanie Bastianon to further revel in the story’s themes and reveal it’s significance.

The performance benefits Friends of the Petaluma River, which has celebrated and helped conserve the Petaluma River and it’s watershed through education and stewardship since 2005. The event is free to watch, and donations are welcome and donors will have the opportunity to win a Wind in the Willows-themed gift basket. For information on how to watch the performance, visit FriendsofthePetalumaRiver.org.