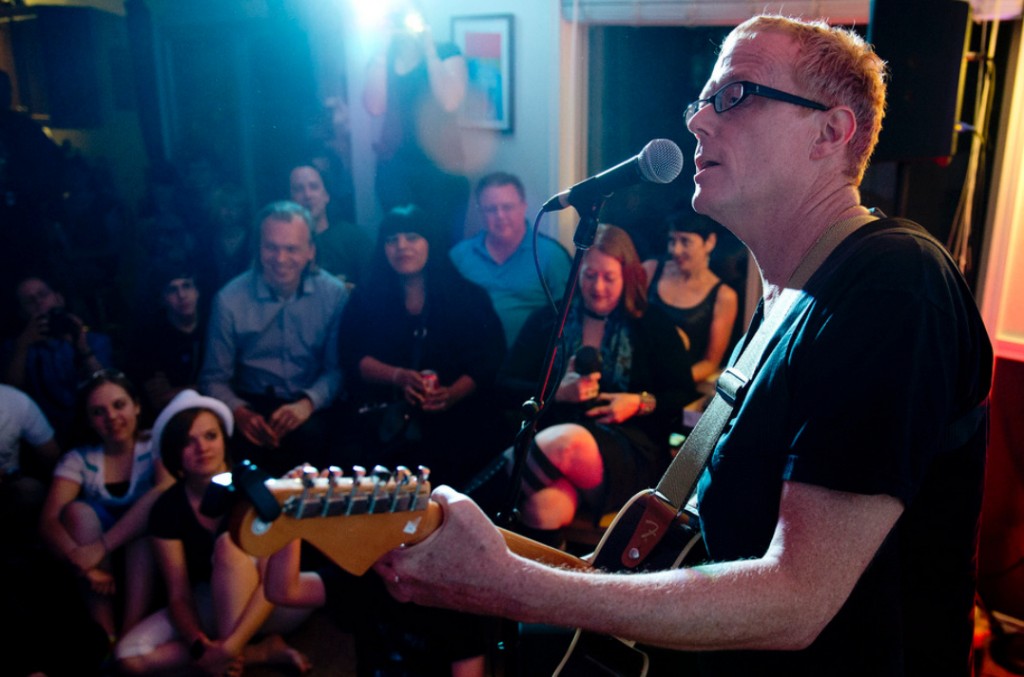 Bauhaus bassist and Love and Rockets founder David J has spent a lifetime touring the globe and rocking venues from Belfast to Beijing, selling out stadiums and small clubs alike and perfecting a moody repertoire of indie, goth and new wave tunes. With a recent memoir and appearances in the North Bay, David J has been on our radar lately, and now the iconic songwriter is playing a special solo sh0w in his most intimate setting yet, a living room in Petaluma on Friday, September 11.
Yes, the living room show has become an increasingly popular alternative for touring indie bands and artists over the last decade. Usually, its an event suited for underground acts who have a core audience in any given city but can’t muster the numbers to convince a bar to host them.
Recently, David J has gotten into the movement, buoyed by the positive experience that cuts out the middleman and connects his music directly to the fans. For this show, David J will be bringing his acoustic guitar to an undisclosed house in Petaluma (addresses are provided upon purchasing tickets) and performing his wide array of hits, both from his days in Bauhaus and Love and Rockets as well as his solo material. Grab tickets here, and get a taste of what’s in store by watching the video below.
[youtube]https://www.youtube.com/watch?v=wwxkHy3earY[/youtube]

Charlie Swanson
Charlie Swanson is a North Bay native and an arts and music writer and editor who has covered the local scene since 2014.
Previous articleHenHouse Brewing Finds New Home in Santa Rosa
Next articleWaste Not