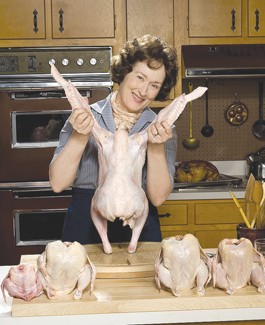 As theater ticket prices have risen, so has the sumptuousness of the movie-house experience. But perhaps no in-the-dark innovations can compare to what the Raven Theater in Healdsburg is planning.

Partnering up with area vintners, Tocchini has installed real leather recliners with arm rests that don’t merely hold a cup; they are indented to keep glass wine tumblers in check and have room for small plates which might hold the house-made panini, fresh flat breads and various crostini that moviegoers may sip and nosh their way through during first-run features. Each month will highlight a different vintner in the house, pairing his or her wines with the Hollywood and Wine cafe, a small kitchen housed in the theater itself. One auditorium will seat 120; the other, 60. Ticket prices for films screened in these special rooms will be $12.75, just three dollars above the regular price, but only those proving to be 21 or older will be admitted.

“There are only seven of these in California,” Tocchini says, “and most of them are beer pubs. We thought, ‘We have a theater in wine country, why not try it?'” Tocchini, who has owned the Raven for some five years and also owns the Airport, Roxy and Third Street cinemas, has visited similar film-and-wine houses in Australia and Los Angeles, and plans to allow patrons not only to purchase their tickets online, but choose their seats there as well, hoping to show a seating chart on his website by the year’s end.

Hollywood and Wine opens on Aug. 7 with a screening of the new Meryl Streep (above) and Amy Adam vehicle, Julie and Julia, which follows chef Julia Child’s career as juxtaposed with blogger Julie Powell’s experiment in making every recipe from Childs’ famed Mastering the Art of French Cooking. Tocchini says that he plans to mix the programming up, offering wide-release films as well as screening art films more ordinarily seen at the Rialto or Rafael Film Center. As for folks who recline, tippling comfortably in the dark and begin perhaps to feel amorous, or who get actually drunk or who might accidentally break things, Tocchini is cautiously sanguine. “We don’t know yet what the ABC [Department of Alcoholic Beverage Control] will require,” he says. “We have the license, but they always want things that you can’t anticipate. We don’t know what the problems will be until we open.”

But this seasoned businessman isn’t too worried. “Every week,” he assures, “we’re practicing.”