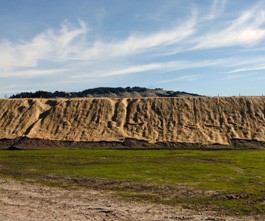 A large plateau of dirt sits next to the Wells Fargo Center in Santa Rosa as the future site of Sutter Hospital, scheduled to be built and opened within the next five years.

But Sutter Health’s plan to expand its presence in the North Bay has come up against two lawsuits: one filed by Marin General Hospital and another by a coalition of hospitals, transportation and union interests in Santa Rosa.

In Greenbrae, the Marin General Hospital Healthcare District is suing Sutter to repay $120 million, which the district says Sutter siphoned before returning the management of the hospital to the district in July. “We think more was taken, but $120 million is our strongest case,” says Marin General spokesman Pete Hillan.

Under its contract, which was originally slated to end in 2015, Sutter had been managing Marin General and taking an average of $3 million in profits out of the hospital each year, according to Hillan. He describes it as “pooling profits,” whereby Sutter removes money from its more profitable operations and uses that money to build new facilities and upgrade older ones.

Additionally, a 1994 state law deemed that hospitals not earthquake-proof must retrofit by 2014, one year before the contract’s expiration. In 2006, a dispute over who would pay to retrofit the hospital and what Hillan calls “a bubbling up of other management issues” resulted in an agreement to end the contract early, in July 2010.

At that point, according to Hillan, Sutter increased its take of the hospital’s profits 10-fold, averaging about $30 million a year. Sutter was able to accomplish this, says Hillan, because it had filled the hospital’s board of directors with cooperative Sutter employees.

Also, according to Hillan, Sutter spent $37 million in profits from Marin General to purchase Marin Square Shopping Center in San Rafael where it planned to build a new Sutter hospital that “would be in direct competition with Marin General.”

According to spokesman Pete Gleeson, Sutter followed the stipulations of the 2006 agreement to end the contract early, leaving $10 million in the Marin General till and another $20 million in patient accounts receivables. Furthermore, he says, the agreement required that the two parties arbitrate any differences outside of court.

Still, Hillan says, the agreement “does not relieve Sutter and former board members of their fiduciary responsibility” to leave Marin General with enough money to make necessary improvements, including an estimated $400 million retrofit required to keep the hospital open. “Sutter violated its legal and moral obligations to Marin General, as well as to the citizens of Marin County,” he says.

Meanwhile, in Santa Rosa, Sutter is named as a “real party of interest” in a lawsuit challenging the Sonoma County Board of Supervisors’ approval of an environmental study for construction of a new Sutter hospital.

Currently, Sutter is leasing the county-owned site of the former Community Hospital on Chanate Road in northeast Santa Rosa under a 1996 healthcare access agreement between Sutter and the county. The agreement requires Sutter to provide services to the county such as indigent care, jail inmate care and reproductive services for women in exchange for the use of the hospital.

As a 20-year contract, the access agreement had been due to expire in 2016. But since the state of California requires all older hospitals to meet seismic standards by 2014 or face closure, Sutter told the county it would rather build a new hospital in Santa Rosa than retrofit the Chanate Road site. The county acquiesced, approving a business plan in 2004 that included a new hospital on land next to the Wells Fargo Center.

Sutter purchased the property in 2006, though just one year later attempted to pull out of its access agreement with the county and transfer the services included in that agreement to Santa Rosa Memorial Hospital. That attempt was ultimately unsuccessful.

Over the next few years, plans for the new hospital underwent several permutations, resulting in a 116-bed hospital with 12 emergency room bays and potential for expansion, for which county supervisors approved an environmental impact report in August. The approval also includes extending Sutter’s access agreement with the county until 2021.

But a coalition of groups that filed a lawsuit against Sutter in September say supervisors violated the law when they approved the study because it does not meet the requirements of the California Environmental Quality Act (CEQA). The coalition includes the North Sonoma County Healthcare District in Healdsburg, Palm Drive Health Care District in Sebastopol, the California Nurses Association and Transportation Solutions Defense and Education Fund, based in San Rafael.

The lawsuit lists ways the coalition believes the study sidestepped the CEQA to rush the project, because otherwise Sutter would have needed a plan in place by the end of the year to meet state seismic requirements on the old Community Hospital site.

For example, plaintiffs say, there is no decisive arrangement for what may happen in 2021 when the healthcare access agreement expires. “There are too many social, environmental and economic issues simply to limp along for the next few years,” says Scott Stegeman, a consultant for the plaintiffs. “It makes more sense to start working on a long-term plan now.”

Rita Scardaci, the county’s director of health services, responds that it’s too soon to plan beyond 2021. “We don’t know what will happen after 2021,” she says. “With healthcare reform, nobody knows what will happen, what changes there will be in healthcare. Medi-Cal is being expanded. The number of individuals without insurance is shrinking. There’s more focus on prevention. And there’s an option to renegotiate an extension of the healthcare access agreement.”

The county doesn’t need an agreement with Sutter to fulfill its obligations as a provider of last resort, says Sonoma County administrative services officer Ron Stroud. Like 33 other counties in California, it provides indigent care through a county medical services provision, a program for low-income, uninsured patients funded through state sales tax and a portion of the state vehicle license fee.

Stroud says the county has contracts with all of the local hospitals to provide care for these recipients. The plaintiffs in the suit counter that there will be fewer hospitals to provide that care should Sutter recruit physicians from smaller district hospitals. According to the suit, the EIR “fails to address the substantial possibility that the project will result in the downsizing or closure of public district hospitals and other medical facilities in the region.”

“It’s no secret,” says William Arnone, attorney for the Healdsburg healthcare district. “It’s the Sutter model. They use aggressive recruitment to go after the best physicians. They buy up physicians’ practices.”

Another problem outlined in the suit is the new hospital’s location in unincorporated county land with limited public transportation, posing both access and environmental concerns.

“Despite the county’s stated commitment to reducing greenhouse gases and facilitating mass transit, the county never seriously considered alternatives that would achieve these goals,” it states. In fact, the plaintiffs point out, the EIR includes no viable alternatives, such as locating a new hospital in an area that is closer to low-income populations and more mass transit.

Meanwhile, construction of the new hospital is moving forward. Lisa Amador, a spokesperson for Sutter Santa Rosa, said Sutter has already broken ground and expects to open the new facility in late 2014.

“We don’t plan to change our mission,” she said. “We take care of everybody. A lot will happen with healthcare between now and 2021.”