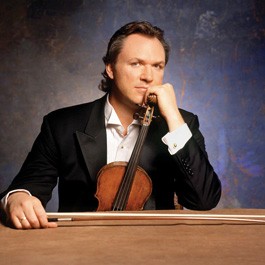 Mark O'Connor only has two hands—really

Just like hearing Don Pullen play full-bodied, barrelhouse piano rolls or listening to John Fahey play inverted, complex fingerpicked guitar patterns for the first time, every listener has the same reaction to hearing Mark O’Connor’s incredible violin work “Appalachia Waltz.” It can’t possibly be just one violin player, they say. No one has that kind of technique.

O’Connor does. It’s not just his multistringed playing that’s impressive; it’s the fact that his notes resound with gossamer smoothness. Suffer through an amateur student attempting to tackle “Appalachia Waltz,” and it’s all too clear that O’Connor is in a class by himself.

Under the direction of Nadja Salerno-Sonnenberg, the New Century Chamber Orchestra this weekend welcomes O’Connor for a program of what he calls a “new American classical music,” drawing inspiration from folk to jazz to the southern melodies of Stephen Foster. The NCCO last month hosted frequent O’Connor collaborator Edgar Meyer, but instead of the strict classical program Meyer presented, O’Connor will be playing his own compositions, including “Song of the Liberty Bell,” “Strings and Threads” and, yes, the beautiful “Appalachia Waltz.” Be hypnotized anew when he appears on Sunday, Nov. 21, at the Osher Marin Jewish Community Center. 200 N. San Pedro Road, San Rafael. 5pm. $29&–$49. 415.392.4400.