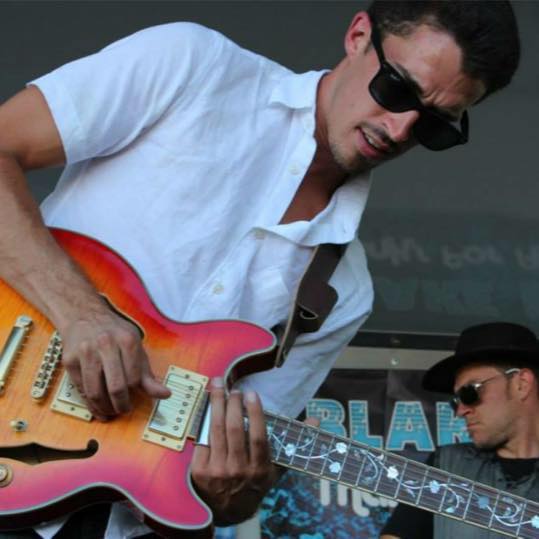 He’s got a baby face, but there’s nothing infantile about blues guitarist Jules Leyhe, except maybe his band name. Along with the Family Jules Band, Oakland’s own Leyhe is blazing a trail of true blues music in the vein of legends like Buddy Guy, who he has already shared stages with in his young career.
This summer, Leyhe released his latest album, “Juicebox.” The title track and album single has got a kickin’ rock and roll rhythm and funky organ under Leyhe’s stinging guitars and rowdy sing-along chorus. Named one of Guitar Player Magazine’s 12 Players of Christmas in 2014 as well as the Bay Area Blues Foundation’s All Stars in 2015, Leyhe is a sight to be seen and heard, and your next chance comes tonight, when he plays Silo’s in Napa. James Regan from the Deadlies opens the show.
Listen to “Juicebox” below.

Charlie Swanson
Charlie Swanson is a North Bay native and an arts and music writer and editor who has covered the local scene since 2014.
Previous articleWe need news writers; RIP George Houser; and more
Next articleInterview with Jessica Fichot