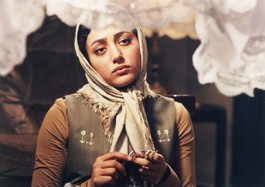 H ollywood, U.S.A., may be the movie capital of the world, but it’s not the only place to find quality cinema. Far from it, as the Academy of Motion Picture Arts and Sciences astutely first recognized in 1956 when it added the “Best Foreign Language Film” category into competition. Since then, hundreds of worthy films have been honored with a nomination, and it seems like each year the list of countries entering their best film of the year grows. Sixty-three movies will be considered this year, and though the nominations won’t be announced until Jan. 22, the Rafael Film Center presents a choice sampling of these works Jan. 11&–24.

Kicking off the festival is an award-winning film from South Korea that is sure to be one of the frontrunners for nomination. Secret Sunshine (Jan. 11) stars Do-yeon Jeon as Shin-ae, a young widowed mother who moves with her son to her deceased husband’s hometown of Milyang to start over. Unfortunately, a whole new set of tragedies awaits the complex heroine once she arrives. Through it all, she struggles to remain positive as her life takes one bad turn after another. Though she distrusts his sweet intentions, a constant presence in her life is Jong Chan, an innocently good-hearted man she meets on her first day in town.

As Jong Chan, Kang-ho Song—last seen here in the well-received horror import Gwoemul (The Host) —brings a much needed sense of humor to this often depressing tale. But it is Do-yeon Jeon, winner of this year’s Best Actress award at the Cannes Film Festival, who single-handedly lifts this film into prestige territory. As Shin-ae, the capable actress is required to touch on every emotion possible over a lengthy runtime. Never once does her performance seem anything less than genuine.

Another realistic slice of life comes from Lebanon in the sweet comedy Caramel (Jan. 19), which had its area premiere at last year’s Mill Valley Film Festival. Best compared to a less graphic Sex in the City, Caramel deals with the lives and loves of five women who work at a salon in Beirut.

Caramel also merits comparisons to The Joy Luck Club , as it skillfully manages to use the character’s different stories to illuminate bigger issues facing the women in this society. While the women’s problems are largely universal, they still manage to show us something about some of the specific things that matter to this culture.

A total of 17 films will be screened in just two weeks time, with most showing only once. Other entries include the highly regarded 4 Months, 3 Weeks and 2 Days (Jan. 12) from Romania. This Cannes Palme d’Or winner is a taut abortion drama set during the last days of Romanian communism. From Iran comes director Rasoul Mollaqolipour’s posthumous work, M for Mother (Jan. 18 and 20), following a pregnant woman’s travails after she learns that the chemical exposure she had during the Iran-Iraq war of the ’80s has affected her unborn child.

Additional potential highlights are I Just Didn’t Do It (Jan. 12), a gripping Hitchcockian thriller from Shall We Dance director Masayuki Suo that follows a man trying to clear his name of molestation accusations, and The Unknown Woman (Jan. 13 and 16), a somber drama from Italy’s Giuseppe Tornatore, the co-writer and director of the classic Oscar winner Cinema Paradiso , concerning a nanny’s secret and its impact on the children she’s raising.