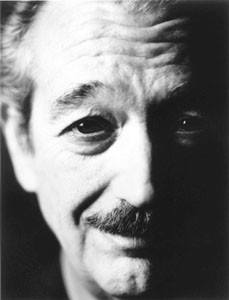 Charlie Musselwhite gets back to his country roots

All [the tunes] somehow capture the feeling of the times I remember growing up in Memphis in the 1940s and ’50s,” recalls Charlie Musselwhite in the liner notes of his newly released One Night in America (Telarc). “They were the times I had–the sad ones and the happy ones–it was all I knew.”

There’s no denying that Musselwhite–a Grammy-nominated blues vocalist and harmonica great who makes his home near Geyserville in rural Sonoma County–has tapped his country roots.

One Night in America, featuring country-singing sensation Kelly Willis, bristles with the blues, country, gospel, and early rock and roll of Memphis, that music mecca. It’s Musselwhite’s first album since a near fatal car crash in Mexico a couple of years ago that left him hospitalized for several weeks.

It’s also his first CD for the Telarc label, though that’s hard to believe. In the past year, Musselwhite has contributed tracks to three Telarc tribute albums (playing a pretty fine country-blues guitar on two of them): Down the Dirt Road: The Songs of Charley Patton, Preachin’ the Blues: The Music of Mississippi Fred McDowell, and The Blues White Album (a tribute to the Beatles).

But One Night in America marks a strong return to his roots. Musselwhite was born in Kosciusko, Miss., in 1944 and moved upriver to Memphis 10 years later, his family joining the wave of sharecroppers seeking better jobs in the post-World War II south. There he struck up friendships with Will Shade of the Memphis Jug Band and country-blues guitarist Furry Lewis, another old-time bluesman.

By the time Musselwhite had moved to Chicago in 1962, he had mastered the rudiments of both harp and guitar, and soon was playing in clubs with many of the city’s legendary blues performers.

In 1966, Musselwhite released his first album for Vanguard Records, Stand Back! Here Comes Charlie Musselwhite’s Southside Blues Band, a classic recording of that decade. It was one of the first blues albums marketed to a rock audience and established Musselwhite as a major blues act. In subsequent years, Musselwhite has released albums for Paramount, Kicking Mule, Capitol, Arhoolie, Paramount, and, most recently, Alligator.

Along the way, he has recorded with everyone from John Lee Hooker to Bonnie Raitt to INXS. One Night in America (taking its name from a lyric in the album’s “One Time One Night” by David Hidalgo of Los Lobos) finds Musselwhite setting aside the hard-bitten, funk-inflected blues of his more recent albums. It features the red-hot Telarc studio band–guitarist G. E. Smith, bassist T-Bone Wolk, and drummer Per Hanson–along with guest appearances by Willis and guitarists Robben Ford and Marty Stuart.

There are four original compositions (including the jump blues number “Blues Overtook Me,” inspired by Musselwhite’s longtime battle with the bottle) and covers of songs by Jimmy Reed and Johnny Cash.

One Night in America finds a much more reflective Musselwhite, mellowed after his bout with mortality and playing songs that sound as comfortable as a pair of well-worn work boots.

Charlie Musselwhite teams up with bluesman John Hammond for a show on March 23 at the Raven Theater in Healdsburg. For details, call 707.433.5448.