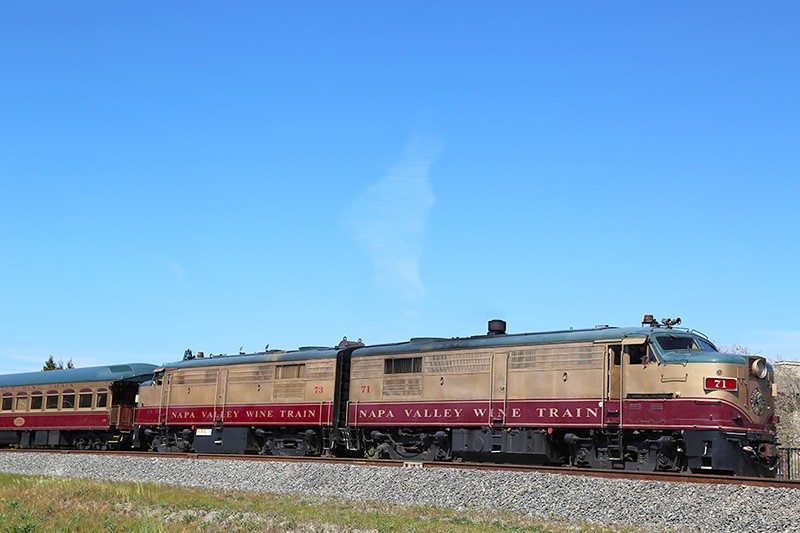 The next day, Jake slumped in his seat at the hotel bar, ignoring the karaoke. The case had gone stone cold; no girl, no more leads, no idea what the heck a cedar spa treatment was. The dismayed detective was about to pack it in when the big break came waltzing in.

Jake couldn’t believe his eyes. There she was, Molly Pemberton, in all her glory, being dragged through the lobby by a handsome-looking jerk with one of those cordless phones on his belt. She didn’t look happy. Neither did he. Jake shot up and made his way out the door behind them. He could hear pieces of their conversation. The guy was doing most of the talking.

” . . . And then I hear you’re whooping it up in some seaside town, like a hippie?” He was steaming.

“The term is ‘bohemian,’ Steven. It’s a different world up here,” she protested. “I feel alive and happy in a way I never thought I could be.”

Jake realized he felt the same way. He’d been falling head over heels for this corner of California ever since he crossed the Golden Gate. He also realized that Molly was the most beautiful woman he’d ever seen.

Steven clicked his keys and the Tesla silently came to life. So, Molly’s got a Silicon Valley boyfriend she’s fed up with. That’s why she took off. Just then, Steven yelled, “I’ve got reservations at Osmosis. We’re going, and you’re coming with me!”

Osmosis? The cedar spa! Jake fired up the Roadmaster. Things were about to get interesting.

He followed the unhappy couple to Freestone and the Osmosis Day Spa Sanctuary. Sidestepping the front desk girl, Jake slipped into the back, where Molly was still giving Steven the business near the ponds.

“I’m not going back to the city, not with you, not ever,” she cried out.

“You don’t have a choice,” Steven threatened. “Your father promised things to me in return for my investment . . .”

That was all Jake needed to hear. In one motion, he walked up, stuck a wingtip shoe behind Steve’s left ankle and gave the right shoulder a shove. Steven fell into the water with a satisfying splash. Molly looked up, a smile widening.

“Want to get out of here?” asked Jake, offering his hand.

“Not a chance, sweetheart.”

The tracks date back to the 1860s and the cars are about a century old. For pure bygone charm, it’s hard to beat the Napa Valley Wine Train. The train runs a course some 36 miles long and passes several of the area’s premier wineries—and it has long been a destination in itself for romantic meals and picturesque setting. It’s also the best way to enjoy door-to-door winetasting service without having to worry about getting around.

The Napa Valley Wine Train offers leisurely lunch and dinner tours as well as stress-free winery tours, with luxury motor coaches to get you from the station to the vineyard. The train hosts special events like “Murder on the Wine Train Express” dinner theater, but for a romantic night out, you’ve got to book the Moonlight Escape Tour. This nocturnal trip offers private booths in the train’s classic 1952 glass-topped vista
dome car and a freshly prepared dinner for two while panoramic views of the
moonlit valley slowly pass by outside. The Moonlight Escape tours hit the tracks
once a month, and are a sure-fire shot of love that’s perfect for couples young and old. 1275 McKinstry St., Napa. 707.253.2111.—Charlie Swanson

To hear some of the more progressive cranks and skeptics of the North Bay tell it, Jared Huffman wasn’t held in much high regard when he ran for Congress in 2012 and won. Since then he’s been a pretty solid progressive voice and advocate for the North Bay, on issues near and dear to residents: drought, the environment, open space, clean water. In short order, Huffman has helped carve out new federal marine sanctuaries along the coastline, and he’s offered to the House of Representatives a quintessentially deft piece of impossible legislation in the form of a fuel tax pegged to a gallon’s relative dirtiness. It’s not going to go anywhere in that monkeyhouse, but give the guy a break—he’s trying. Huffman also threw the stink-eye at any plans for a Big War to deal with ISIS and what this country ought to be doing about it. Yes, Huffman was a little squiggly-wiggly about this whole “Benjamin Netanyahu visit to Congress” episode, but fealty to Israel is nothing new—even among progressives like Elizabeth Warren, who, unlike Huffman, blew us off when we asked to speak to her last year. Call it a bromance.—Tom Gogola

Best Shot at Love in the Time of Elephant Seals

On a winter weekend, a bike ride to the beach where elephant seals meet and mate at Point Reyes Headlands is the way to go. Why drive all the way down that verdant, hilly peninsula only to be directed into a parking lot and line up for a shuttle bus with all the other chumps when you can ride nearly car-free the rest of the way? I knew nothing of this one January afternoon as I cycled by the crowds—it was just a happy discovery. Then, when the tourists moved on after briefly gawking at the thousand-plus seal colony from the overlook, a docent confided to me, you know, you can see them up close on the little beach down there. Sure enough, a bull elephant seal dozed next to his harem, just a few feet away, in a roped-off area guarded by a couple of friendly docents. After studying me awhile, one docent asked, hey, are you single? Because a guy who takes the trouble to ride all the way down here is the kind of guy one of her girlfriends needs to meet, she says. Could this story get any better? No. Turns out later, a rival male had already begun dating her friend. So off the beach I roll, back into the wide open ocean. —James Knight

The town of Jenner‘s got a lot going on these days—as does the former Olympic gold medalist. For Jenner, the town, the transitions mostly involve land-buys from the Wildlands Conservancy that have saved lots of grazing land from possible development. Jenner, as in Bruce, wants to transition into womanhood. Excellent. These twin transitions represent the best of both worlds. Let Jenner transition to an Olympic training town, and let we, as a tolerant and forgiving nation, transition into a transgender-accepting society. Highway 1. Look for the Russian River and shot-putting transsexuals.—Tom Gogola

Next ArticleMar. 22: ‘No Ragrets’ in Sonoma