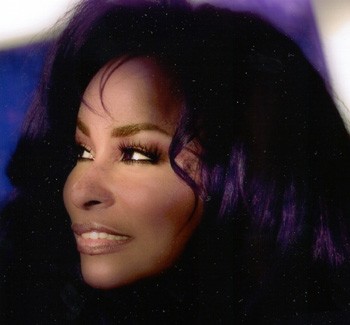 We Kahn’t Believe How Often We’ve Done It: Tell us how many times we’ve printed the name ‘Chaka Khan’ in the paper over the last three issues, exclusive of ads, for a totally random chance to win something totally random. Write Chaka Khan, [email protected]

The many guilty pleasures of Chaka Khan

She’s a complex mix of glitz and glamour tempered by the radical ’60s ideals ingrained during her association with the Black Panther Party–a little bit street, a little bit Beverly Hills. And, for me, she’s always been a guilty pleasure.

Chaka Khan–the eight-time Grammy award-winning singer who co-headlines the upcoming Jazz on the River festival–has enjoyed celebrity status since the catchy 1974 hit “Tell Me Something Good,” penned by Stevie Wonder, propelled the sexy singer and her funk-rock powerhouse group Rufus into the Top 10. But she has used that fame, and the fortune that has followed in its wake, to create a successful charity steeped in the values she learned on the streets of South Side Chicago, a fact that has made her a model pop star.

As a teenager, Khan (born Yvette Marie Stevens and later adopting the Africanized name for “fire”) was an amateur singer who had joined the experimental Afro-Arts Theater and even performed with Motown great Mary Wells. But she soon became swept up in the tumultuous whirl of ’60s social, cultural and political change, living through the backwash of the Martin Luther King Jr. assassination, the riots that rocked the 1968 Democratic National Convention and the Days of Rage–the week-long unrest sparked by start of the notorious Chicago Seven trial.

At the time, Khan worked with the charismatic young Black Panther leader Fred Hampton (later gunned down in his bed by Chicago police), hawked the party’s strident newspaper on street corners and worked in an old South Side church at one of the Black Panther’s innovative free-breakfast programs for children. She even owned a .38-caliber long-nose Colt revolver and recounts in her 2003 autobiography Chaka! Through the Fire that she spent time target practicing and “toying with the idea of doing something radical.”

Instead, Khan quickly grew tired of the violence that surrounded her. “As for the gun,” she wrote, “I hurled that sucker into the University of Chicago Botany Pond. Immediately, I felt free.”

The last three decades have proved a dizzying ride through personal highs and lows, including bouts with substance abuse. But her professional life, driven by her soaring voice and her ability to work within the pop, rock, soul, funk, rap and jazz idioms, has brought her widespread recognition as one of the preeminent singers of her time. Khan has recorded with a veritable who’s who of music, including Prince (who wrote her platinum-selling, rap-inspired 1984 hit “I Feel for You”), Stevie Wonder, David Bowie, Miles Davis, Ry Cooder and Stevie Winwood, to name a few.

You need only marvel at her soulful performance of Marvin Gaye’s “What’s Goin’ On” from the recent documentary Standing in the Shadow of Motown (for which she shared a 2004 Grammy award with the Funk Brothers) to realize that the aptly named Khan ranks as a force of nature.

Her jazz licks were on display last year as well, after Elektra Records reissued an expanded version of Khan’s woefully underrated 1982 album Echoes of an Era, a collaboration with Freddie Hubbard, Joe Henderson, Chick Corea, Stanley Clark and Lenny White.

For Khan, music is a means to end. She has launched a line of confections called Chakalates, which are available through Neiman Marcus. Proceeds from sales of the candies help to fund her eponymous nonprofit promoting literacy for underprivileged women and children, combating substance abuse, supporting battered women and providing prevention and treatment for HIV and hepatitis patients.”It’s time to build up and time to give back,” she notes on her website.

You’ve got to love that about her–and you don’t even need to feel guilty.