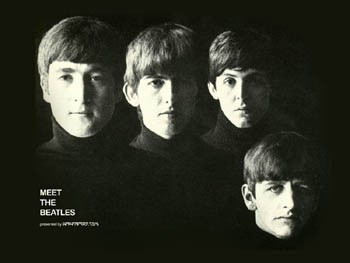 I Wanna Hold Your SACD: Half a century later, the Beatles go high(er) tech.

CD sets are a holiday hit

Those big, pricey box sets, popular as holiday gifts, are a mixed blessing fraught with frustration. The omission of key songs (and the inclusion of marginal material) in what is supposedly a definitive collection can drive a music fan to distraction. Still, box sets make great gifts, for yourself or someone else, frustration factor and all. From The Beatles: The Capitol Albums, Vol. 1 (Apple/Capitol) to Nirvana: With the Lights Out (Geffen), acts separated by decades but sharing similar status among rock hounds, this year is no exception.

In the case of the Fab Four, Capitol Records has been guilty of criminal neglect of one of rock’s most cherished catalogs, even after the resolution of years of legal wrangling that held up the process. For the most part, the Beatles material hasn’t been digitally remastered since its initial CD release more than 20 years ago. While the work of other British Invasion bands–including the Animals, the Kinks and the Rolling Stones–is available on high-definition Super Audio Compact Discs, the Beatles have languished in a digital stone age. The four-CD set The Capitol Years, Vol. 1 helps to rectify that situation, if only slightly.

The discs are packaged in an awkward 8-by-8-inch sleeve, which can be shed to reveal a foldable 4-by-4-inch portfolio that holds mini reproductions of the first four American releases: Meet the Beatles, The Beatles’ Second Album, Something New and Beatles ’65. Two generations of Beatles fans have grown up accustomed to the British versions of the early Beatles after Capitol decided to release only the mono U.K. versions of the band’s early LPs on CD format.

The U.S. stereo versions included here, which have subtle variations, contain fewer tracks (the excluded material was gathered periodically on such titles as Beatles ’65) and feature added reverb. These newly released discs–which feature both mono and stereo mixes–might seem strange to virgin ears, but they crackle with their own electrifying vibrancy. The set also includes a so-so booklet that doesn’t do the band justice.

(For the record, these are the versions the Beatles themselves despised; the infamous but subsequently banned “butcher cover” that graced the Yesterday and Today album–which showed the band members draped in raw meat and dismembered baby-doll parts–was intended as a protest to the “butchering” of their material by EMI’s U.S. label subsidiary.)

Nirvana’s four-disc set With the Lights Out (three CDs and a DVD) is overflowing with 61 tracks of rare demos, alternate takes and B-sides that should thrill even the most diehard fan of the band (these remastered tracks are far better quality than the bootlegged versions available since band leader Kurt Cobain put a shotgun to his head a decade ago). The DVD even features rehearsal footage shot at bassist Krist Novoselic’s mom’s house–how cool is that? The ubiquitous Thurston Moore of Sonic Youth provides a heartfelt essay. The perfect grunge gift.

Eighties rock plays a major role in a pair of other recent box sets. The Cure: Join the Dots (Rhino), spotlights B-sides and rarities from the Friction label years between 1978 and 2001. It finds frontman Robert Smith wailing through a previously unreleased 12-inch version of “Doing the Unstuck” and an unreleased psyched-up rendition of the Doors’ “Hello, I Love You” (one of three versions included among these four discs, though many of the rarities have been previously issued on various tribute albums).

Left of the Dial: Dispatches from the Eighties Underground (Rhino) consists of 82 tracks that essentially replicate the experience of listening to college radio in its formative years. The Cure, R.E.M., the Pretenders, Aztec Camera and Echo and the Bunnymen are among the acts featured here that later enjoyed mainstream success, but you also get such hardcore underground acts as Throbbing Gristle, Gun Club, the Minutemen, Black Flag and the Butthole Surfers.

Still, you gotta wonder what the hell they were thinking at Rhino Records when someone chose to include the lame Prefab Sprout while neglecting the seminal alt-rock band the Mekons. Frustrating? You bet. But the bottom line is, the music is great. You won’t regret ponying up 50 or 60 bucks to bath yourself–or a friend–in these sonic waves.