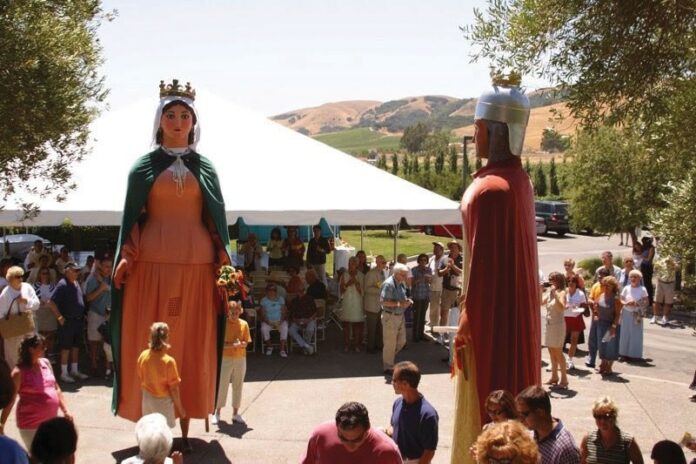 Spanish folklore on display at the Catalan Festival

Located on the Mediterranean coast, Barcelona is the largest city in the Catalonia region of Spain, and it’s filled with world-renowned cultural and musical delights.

In that spirit, the Catalan Festival returns this summer for the 22nd year July 19–20 at the Gloria Ferrer Winery in Sonoma. Bringing the flavors and sounds of the beloved Barcelonian boulevard La Rambla, this year’s event offers small plates of creative cuisine and paella, a dish native to eastern Spain. There will also be wine, cocktail demonstrations, live music and Spanish dancing. There’s even a grape-stomping competition where teams get to smash and scoop for prizes.

The afternoon is especially exciting for the music on tap. Santa Rosa’s Sol Flamenco will perform a traditional Sardana dance, popular in the Catalonia region. San Francisco’s Makrú will play its blend of flamenco, reggae and Cuban music with energetic euphoria, while Geoff Hawkins and Mark Taylor will play Spanish guitar.