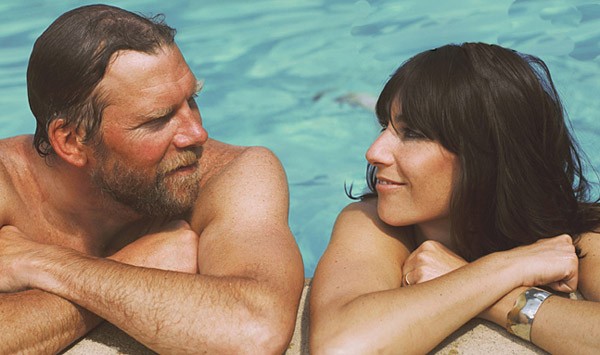 In 1966, a young author was leaving a party in Carmel Village. At an S-turn the motorcycle he was riding on lost control, and the author was killed instantly. His book, Been Down So Long it Looks Like up to Me, had been out for only two days.

In fact, the author, named Richard Fariña, was better known for his music. With his wife, Mimi, he recorded politically laden folk music, and the two even presaged Dylan’s electric revolution with a track recorded on electric guitar, “Reno, Nevada.”

Tim and Nicki Bluhm are a husband-and-wife duo living not far from the site of Fariña’s accident, who 45 years later have included “Reno, Nevada” on their recent EP, Duets. Most all of the songs are originals which outshine the Fariña-penned track. Conjuring breezy days spent in the West Coast outdoors, the duo’s voices blend perfectly in songs about love, life and memories. “Unforgetaboutable” is like a lost George Jones and Melba Montgomery B-side, and “Think About the Two of Us” has a tinge of classic-country sweetness.