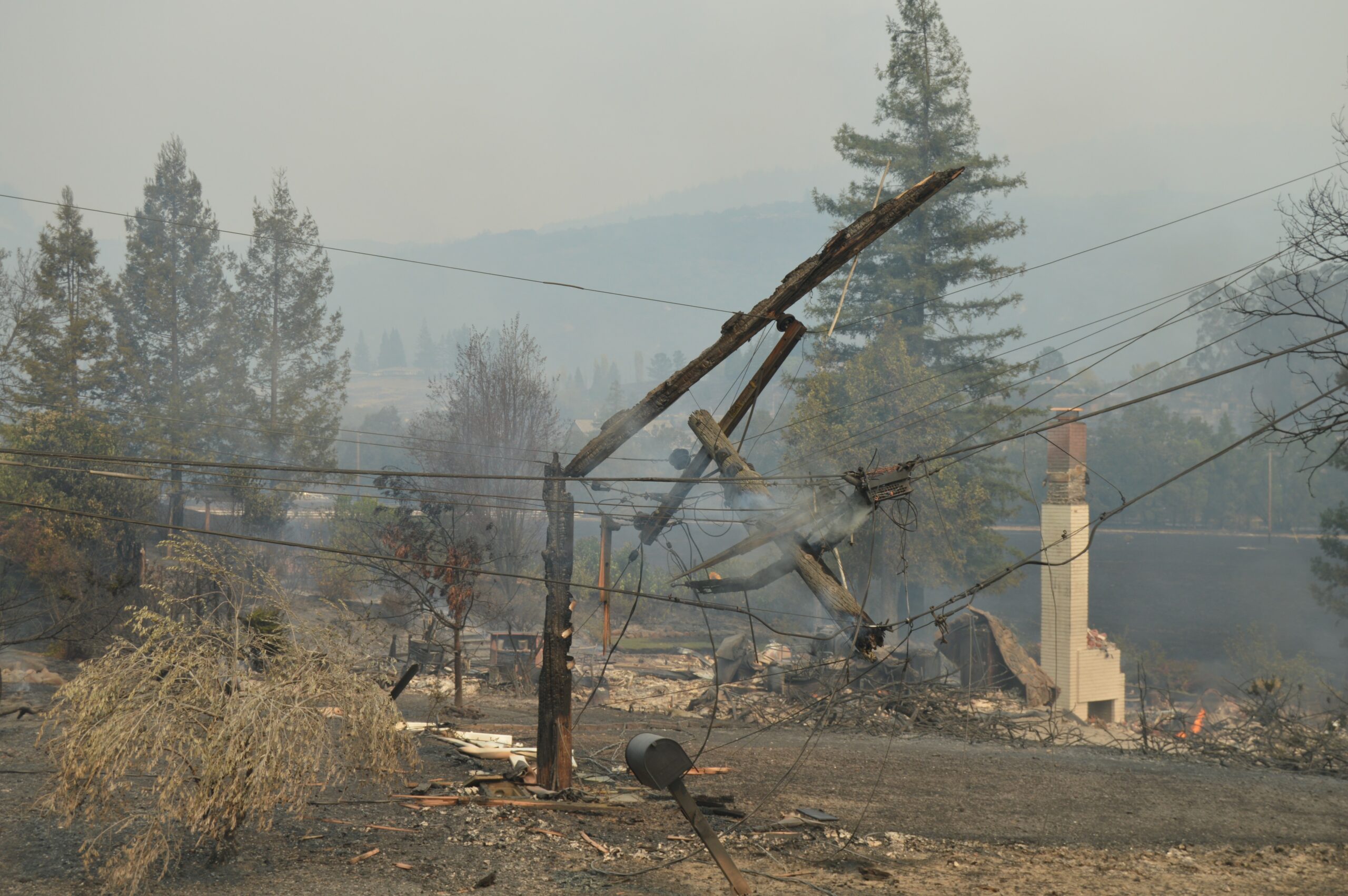 Cal Fire has just announced its investigation into four of the wildfires that hit California last year has ended, and that the fires were caused by downed PG&E wires coming into contact with trees. The state agency determined that fires in Butte and Nevada counties—the La Porte fire, the McCourtney Fire, the Lobo Fire and the Honey fire were all caused by the power lines. In a statement, Napa State Sen. Bill Dodd says, “It confirms what we’ve known all along—that downed power lines can be the source of devastating fires.” Dodd has pending litigation that would compel utility companies to strengthen their infrastructure. “We have an obligation to ensure the utility companies do what’s right to protect Californians,” he says. “This determination by Cal Fire underscores the need to take protective measures now.” No word as yet from Cal Fire on the cause of the Nuns, Tubbs, Adobe and Pocket fires that tore through the region last October.

Here’s the complete statement from PG&E sent to the Fishing Report late Friday after this news broke:

“Based on the information we have so far, we believe our overall programs met our state’s high standards. Under PG&E’s industry-leading Vegetation Management Program, we inspect and monitor every PG&E overhead electric transmission and distribution line each year, with some locations patrolled multiple times. We also prune or remove approximately 1.4 million trees annually. Following Governor Brown’s January 2014 Drought State of Emergency Proclamation and the California Public Utilities Commission’s Resolution ESRB-4, PG&E has added enhanced measures to address areas particularly affected by drought and bark beetles including:

• Increased foot and aerial patrols along power lines in high fire-risk areas;
• Removed approximately 236,000 dead or dying trees in 2016 and 140,000 dead or dying trees in 2017; these tree removals were in addition to approximately 30,000 trees removed per year prior to the drought;
• Launched daily aerial fire detection patrols during high fire season to improve fire spotting and speed of fire response;
• Since 2014, provided $11.4 million to local Fire Safe Councils (FSCs) for fuel reduction projects in communities; and
• Provided $1.7 million to local FSCs for 28 highly programmable remote-sensing cameras for critical fire lookout towers.

PG&E meets or exceeds regulatory requirements for pole integrity management, using a comprehensive database to manage multiple patrol and inspection schedules of our more than two million poles. Years of drought, extreme heat and 129 million dead trees have created a “new normal” for our state, and we must continue to adapt to meet these challenges. Extreme weather is increasing the number of large wildfires and the length of the wildfire season in California. According to CAL FIRE, in 2017 alone, CAL FIRE confronted 7,117 wildfires, compared to an average of 4,835 during the preceding five years. Five of the 20 most destructive wildfires in the state’s history burned between October and December 2017.

In the case of these Northern California wildfires, we saw an unprecedented confluence of weather-related conditions, including: years of drought resulting in millions of dead trees, a record-setting wet winter that spurred the growth of vegetation that then became abundant fuel after record-setting heat during the summer months, very low humidity and very high winds.

The state, first responders and California’s utilities are all in agreement that we must work together to prevent and respond to wildfires and enhance climate and infrastructure resiliency.

Following last year’s fires, we are bolstering wildfire prevention and emergency response efforts, putting in place new and enhanced safety measures, and doing more over the long term to harden our electric system to help reduce wildfire risks and to keep our customers safe.

We want to work together to share information, provide resources and help our customers and communities prepare for and stay safe during extreme weather events. This challenge requires us all to come together in order to be successful. We need to look at the full range of solutions. These should include utility practices as well as:
• Forest management to reduce fuel;
• Better management of building in the wildland urban interface;
• Fire-resistant building codes;
• Defensible space practices; and
• Insurance coverage for those homeowners and businesses located in elevated fire areas.

In addition, we strongly believe this must include addressing California’s unsustainable policies regarding wildfire liability. California is one of the only states in the country where the courts have applied inverse condemnation liability to events associated with investor-owned utility equipment. This means PG&E could be liable for property damages and attorneys’ fees even if we followed established inspection and safety rules. Liability regardless of negligence undermines the financial health of the state’s utilities, discourages investment in California and has the potential to materially impact the ability of utilities to access the capital markets to fund utility operations and California’s bold clean energy vision.

Extreme weather events driven by climate change are causing unprecedented wildfires and creating a “new normal” for our state. We are committed to advocating with legislative leaders and policymakers across the state on comprehensive legislative solutions for all Californians, as we collectively seek to meet the challenge of climate change, and position the California economy for success.