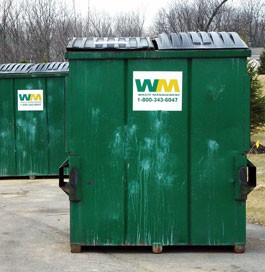 Sipping caffeine at Dr. Insomnia’s in Novato, I wonder how many (otherwise garden-useful) coffee grounds it takes to fill a curbside debris box. This is no idle calculation on my part. Garbage from all commercial enterprise is being subjected to serious scrutiny in Marin County, where any business generating roughly a dumpster’s worth of waste each week will be subject to a mandatory recycling ordinance, scheduled to become law in July 2012.

Glancing at the storefronts up and down Grant Avenue, I’m unable to guess which, if any, might not recycle at all, don’t recycle enough, or haven’t yet identified the bottom-line benefits of shrinking a carbon footprint.

Marin residents were recycling, reducing and reusing for years, some even for decades, before Californians received a regulatory push in 1989; during that year, the state looked at fast-filling landfills and said, “Uh-oh, we’d better divert some of that waste stream.” The formal expression of that utterance was the California Integrated Waste Management Act. But business didn’t get the push; they escaped being subjected to waste diversion requirements established for California, even though the volume of waste produced by business amounts to almost 70 percent of all that goes into the landfills.

Twenty-two years after passage of the Integrated Waste Management Act, Marin is pushing the world of commerce toward a late arrival at their civic and planetary duty. Other jurisdictions around California will do the same in a statewide effort to divert up to three million tons of commercially generated waste materials from our landfills. Under AB32, the state’s Global Warming Solutions Act, cities have been obliged to mandate commercial recycling programs. The consequent reduction in production of methane is expected to annually offset “5 million metric tons of carbon dioxide (CO2) equivalents,” according to the California Department of Resources, Recycling and Recovery. California now produces about 1.5 percent of the planet’s greenhouse gases, and over six percent of the nation’s total.

Marin’s latecomers to commercial recycling are being offered free consultation and education about the business advantages of a strategic waste reduction program, with hands-on help including waste audits and assessments, and consulting for Green Business and Leadership in Energy and Environmental Design (LEED) certification. Businesses can get assistance by calling Todd Start and Rich Garbarino at 415.456.2601 or Kim Scheibly at 415.458.5514.

All Hands on the Farm