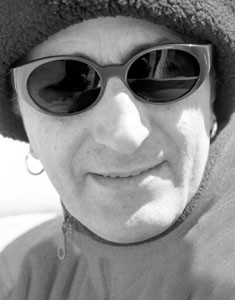 The Buddha Bar in Paris has emerged as one of the landmarks of the global musical bazaar that is contemporary electronica, particularly the growing chill-out scene comprised of mostly relaxing music that provides a backdrop for cocktails and conversation. The Buddha Bar, an ultrahip nightspot created out of a vast warehouse, is to the vibrant Parisian world-music community what Studio 54 was to New York’s disco world: a stylish cocktail, dinner, and dance palace, this one replete with carefully crafted soundscapes and dominated by a majestic 20-foot-tall golden Buddha. It also is a trendsetting musical mecca in its own right, the modern hot club of France.

For the past two years, the French import label George V has been bringing the sounds of the Buddha Bar to the American masses. The earlier releases, including last year’s Amnesty International 40th anniversary tribute, ranged from Egyptian star Amr Diab’s sha’bi stylings to a spoken-word piece by Demi Moore.

Now readily available at such huge retail chains as Borders Books (the San Rafael outlet boasts an extensive chill-out and groove section), the Buddha Bar release and its ilk are making their way into the musical mainstream. With the release of Buddha Bar IV, the latest multidisc collection of studio-tweaked tunes from resident producer and arranger David Visan (the child of a Romanian father and a Vietnamese mother), the Buddha Bar builds on its reputation as a brand name while simultaneously underscoring the strengths and weaknesses of this music.

Buddha Bar IV is a mixed bag that can be dramatically uplifting and frustratingly flat. This latest two-CD set (selling for a hefty 40 bucks) is split into companion Dinner and Drinks discs. In general, it follows the pattern of its predecessors, compilations of Far Eastern spirituality, bubbly European electronica, and Mediterranean musical potpourri. You might assume that these discs would possess their own energy levels, but the emotional range on the second disc runs from the utterly infectious Spanish brass instrumental “Loco” by Loving Paris (the highlight of the set) to a reflective solo classical piano piece.

The problem, as critics have noted in the past, is that while this music has a hip edge and occasionally transcends exotic regional sounds set to insipid 4/4 dance beats, it also can be annoyingly anonymous.

Not so over at the San Francisco-based Six Degrees label, where a series of new chill-out and groove releases shows that electronica can be distinctive and much more than mere background music for a boomer supper party. Recline: A Six Degrees Collection of Chilled Grooves is an intriguing 11-track compilation that serves as a good sampler for some of the label’s more laid-back tracks, including “Skin on the Drum” by politico rapper Michael Franti and Spearhead, and a remix of “Mais Feliz” by Brazilian samba queen Bebel Gilberto.

The more danceable Asian Travels 2 dishes up Indian and Pakistani vibes mixed with ambient, electronic, and dance grooves with new tracks and remixes of songs by DJ Cheb i Sabbah, Banco de Gaia, Karsh Kale (whose 2001 Six Degrees CD Realize was one of the year’s best electronica releases), and Govinda, among others. The crème de la crème of the new Six Degrees material, however, is Sabbah’s own Krishna Lila (in stores June 4), the long-awaited follow-up to 2000’s acclaimed Maha Maya. And it’s a gem.

The result is a complex cultural blend that will stand up for years to come and already represents the best of the genre.