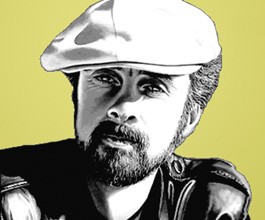 When I ask T. C. Boyle, over the phone, if he ever worries about having nothing new to write, he deadpans, “Sure, that’s why I keep a loaded gun next to my desk.”

It’s just this kind of hyperbolic humor that peppers Boyle’s impressive canon. Indeed, with nine short story collections and the recent release of his 13th novel, When the Killing’s Done, Boyle surely isn’t firing blanks. The author came across a newspaper headline a few years ago that read “Eagles Arrive As Pigs Are Killed,” referring to the battle between animal rights activists and biologists over the eradication of invasive species—specifically, rats and feral pigs—on the Channel Islands, which he can practically see from his backyard in Santa Barbara.

The resulting novel is one of his best, as thrillingly unpredictable as sailing the high seas. Boyle eschews the obvious hero-villain dichotomy for characters whose messy real-life predicaments—from unplanned pregnancies to confrontations with pesky raccoons—challenge their neatly packaged values. For veteran Boyle readers, When the Killing‘s Done delivers the wicked laughs and slick sentences that demand to be read out loud. For those new to his work, it’s as good a start as any, a piece of historical reimagining that educates as much as it entertains.

For someone whose fiction rides the peaks and valleys of extremes, Boyle is remarkably moderate. “It’s taken me a lifetime to become primarily vegetarian,” he admits, “but you can’t get too fanatical. We’re all sinning in some way.”