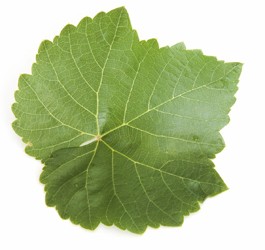 Photogenic winemakers still take the cover page of industry magazines and weekly wine sections, but a growing number of these artisans are backing out of the spotlight, removing their hands from the grape juice and letting the wine make itself. One of the surest means to accomplish this goal is by making single-vineyard wines, or vineyard designates, on which the vintner tends to minimize his or her influence. The result is a bottle full of terroir, that sense of place that affects any product of the earth and takes the imaginative consumer on a daytrip to the country.

“A single-vineyard wine connects a person to a place,” says Ramona Nicholson, co-owner of Nicholson Ranch in Sonoma. “We all like a sense of being somewhere. People might not set foot on my vineyard, but in their mind they can be there if they drink my wine, whereas if it’s a general California Syrah, you won’t have any special sense of location as you drink it.”

The matter is one of opinion, but most will agree that not just any vineyard can ably produce a wine sufficiently balanced for single-vineyard designation, and such vintages may be best blended with other juice that requires a little fine-tuning itself. This softens the edges and polishes the surface of a product that, on its own, might be too unconventional to sell. But for some winemakers, making charismatic wines—not pleasing the masses—is the whole point of a single-vineyard wine.

“We’re really hoping to make wines that have a lot of character,” says Adam Lee, who made 19 vineyard-designate Pinot Noirs last year with Siduri Wines in Santa Rosa. “Some people will like one of our wines but say they don’t like that one. That never bothers me. That’s part of what we’re about.”

Lee makes a pair of Santa Lucia Highlands Pinots from vineyards less than a mile apart. One, Rosella’s Vineyard, is bright, crisp and tangy, with a layer of tobacco and full of toast. The Pinot from Gary’s Vineyard is quiet, mushroomy and earthy. Two of Nicholson Ranch’s single-vineyard Syrahs come from nearly the same patch of land in Sonoma County but taste wildly different: the specimen from Bennett Valley Vineyard, southeast of Santa Rosa, is savory, tame and European; the Las Madres Vineyard is lush, ripe and fruity. As Nicholson says, “The only reason we would make several Syrahs is to celebrate their differences.”

Nicholson Ranch’s winemaker, Jacqueline Yoakum, takes a minimal-intervention approach to her craft, including the use of indigenous yeast and no filtering. Her scheme allows the land’s voice to be heard in the absence of distracting background noise. Pali Wine Company in Lompoc does the same, though at an even more restrictive level. The winery currently carries eight single-vineyard Pinot Noirs, and to showcase each one’s vineyard of origin, winemaker Aaron Walker makes each wine by precisely the same methods and techniques—same pressure during crush, same fermenting time of 21 days, same sized three-quarter-ton tanks, same 100-percent French oak aging scheme and same bottling schedule.

Yet there are still stark differences between the wines, variations which can only be attributed to the place where the grapes were grown. “Each wine is made by the same formula, so all you’re tasting is that specific site,” Walker says.

Pali’s next-door neighbor, Loring Wine Company, follows the same model in its 14 single-vineyard Pinots. “We process all the fruit exactly the same to make sure that the nuances come from the vineyard and not from how you barreled them,” says owner and winemaker Brian Loring. “Still, they’re all unique.”

This is terroir at work, and it’s very interesting for those who care. Not everyone does. The general public still wants a wine that is easy to drink and asks for little brain-work while sipping, and talented wine-smiths know how to meet their tastes with easy-drinking, mass-market grape cocktails.

Winemaker and consultant Marco Cappelli, though, finds his job far more interesting and rewarding if he allows the land and the vintage to create the wine. The resulting product may be a blockbuster hit or a semisuccessful underground cult attraction, but it always holds a level of integrity that would be lost through sales-driven blending.

Cappelli owns Herbert Vineyard, a block of El Dorado County, which includes six acres of Zinfandel. The Zin is divvied up among five separate labels. Made by different winemakers at different facilities, the various Herbert Zins are all consistently peppery, very sharp at the edges, tangy with acid and thick with tannins.

“If I’d wanted to appeal to a broad range of people, I would have blended in a sweeter, softer wine,” says Cappelli, who himself makes the Herbert Vineyard Zins for two of his clients. “That high acidity makes it appeal to a narrower range of people. Most consumers want an easy-to-drink, approachable wine, but there are a few people who like the distinctive personality of the wine.”

Nicholson also prefers wines with strong charisma. Many wineries, she explains, specialize in making wine for the general public “because they want to make a likeable Chardonnay.” Nicholson Ranch’s current 2006 estate Chardonnay is not for the general public. It smells and tastes of strong raw almond and zesty lemon mint—unconventional but memorable, the way vineyard designates are supposed to be.

Single-vineyard winemaking can also be a business strategy. Grape growers, especially, stand to benefit financially if their wine goes to bottle unaccompanied by wines from other properties, as the name of their vineyard will likely appear in large, loud letters on the front label, and if the wine is good, it can serve as an effective real estate ad. Grape growers know this and may even choose to do business with only those wineries that promise not to blend the wine and to put the vineyard name on the label. Cappelli concedes that a similar tactic has governed his own business dealings with Herbert Vineyard fruit.

“Making single-vineyard wines from the estate was actually part of my long-term business strategy, because if people don’t recognize the name of your property, then it’s just another Zin, but if you can make a name for it, then people will recognize it and you’ll ultimately get more money for your wine.”

Among consumers, vineyard designates are gaining appreciation. “Varietal” became the nerd-word of the day several years ago as wine fans embraced a focused approach to winetasting. This inevitably led to the next level of appreciation, single-varietal wines. Now, enthusiasm for single-vineyard wines is rattling the market.

“A faction of society is becoming more and more interested in this intellectual approach to winemaking and wine drinking,” says winemaker Adam Richardson, who appreciates the art of blending but would rather “get a wine right from one vineyard.” Richardson made three single-vineyard wines at Concannon Winery in Livermore in 2006, the proudest wine of which is the bright yet acidic Nina’s Cuvee, a Petite Sirah. Next year, Richardson and winery managers plan to make 10 single-vineyard wines in response to consumer interest.

But Lee of Siduri Wines wonders if some winemakers are getting carried away.

“If there are too many single-vineyard wines, it begins to call into question marketing decisions, like, is it easier to sell two 400-case lots than it is to sell one 800-case lot?”

A small batch of wine with a vineyard name on the label, he says, can sell itself through word-of-mouth recommendation, while bigger batches require marketing efforts. Cohn says that far too often he has tasted a lineup of wines from hopeful growers only to inform them that all they’ve got is so many barrels of “blenders”—not bad wines, but simply not exciting enough to stand alone. Brian Loring, too, acknowledges the importance that every vineyard designate be remarkable.

“If they were all the same, the single-vineyard concept would have no meaning, and it would start to look like a marketing ploy.”

Whether due to demand, quality or prestige, single-vineyard wines often boast the highest prices on the wine list. To the uninitiated, these wines still taste like plain old satisfactory wine, but to the sophisticated drinker, wines of a vineyard accomplish much more. They capture a time and a place that might otherwise have been lost from the annals of winegrowing history through blending. As such, each one is a sort of time capsule—a message in a bottle—and the message of a vineyard designate is as easy to comprehend as that Hawaiian beach sand your grandmother keeps in a jar. The wine, though, is much more fun to taste.