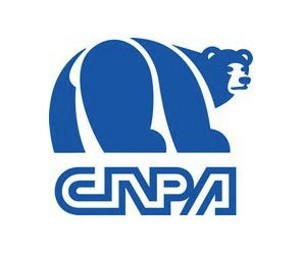 The Bohemian was a winner in the 2013 California Newspapers and Publisher’s Association Better Newspapers Contest. Three times over.

First place, Editorial Comment – How We Represent by Gabe Meline

In this 2012 article, Gabe passionately and rationally argues for Measure Q, which would have allowed for district elections in Santa Rosa City Council elections. The measure ultimately failed, but perhaps in a bit of foreshadowing, Gabe points out that Roseland, an island of County jurisdiction in the middle Santa Rosa, doesn’t get to vote in any Santa Rosa city elections. Maybe measure Q will come back in another form, and pass, when Roseland is officially part of Santa Rosa.

This 2013 article brought Rachel to the outskirts of Marin County, where residents were paying over $600 per month for water in a time when the average home in the county was paying less than 20 percent of that. Residents were capturing shower runoff in jars to water plants. A private water utility company was running the show in their area, and residents were at their wits end with how to pay for life’s most basic need.

This groundbreaking issue took the idea that all newspapers will be forced to online-only formats, crumpled it up and threw it in the face of pundits who predict the death of print media. Our Magic and Illusion theme featured creative print-only ideas, like a Mad Magazine—style fold-in, an article printed backwards that had to be held up to a mirror to read, one printed as a swirling vortex, one printed in a way to force the reader to flip the paper over to experience the sensation the article was talking about, and other cool, print-only tricks.

Congratulations are in order to everyone who worked on these issues and stories. Alternative weeklies like us don’t win many CNPA awards, since the organization includes all papers in the state, including big players like the Los Angeles Times and the San Francisco Chronicle. We even have our own national group, Association of Alternative Newsmedia (AAN) www.altweeklies.com that also does annual awards. CNPA says the plaques are being shipped to us soon, and though Gabe and Rachel are no longer with the paper, they’ve been informed of their achievements and are stoked. Totally stoked, to be exact.

While on the subject of honors, Bohemian news editor Tom Gogola’s story on fracking is one of AAN’s top stories of the week this week. With hundreds of newspapers and thousands of stories each week to choose from, AAN picked ours. It’s a good indicator that we’re doing something right.