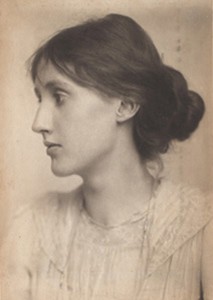 How the unconventional affect conventions

John Reed, the definitive American bohemian of the 20th century, was described as a “romantic revolutionary” in the title of a definitive biography about his life. His fiery career as a writer and prophet of social transformation was sufficiently colorful that Warren Beatty made a Hollywood movie about his life in Greenwich Village during its nonconformist heyday before World War I. In both Reed’s life and Beatty’s great movie, bohemianism and radical politics were inalterably linked. Throughout most of the 20th century, in fact, it would be impossible to think of one without the other, no matter what the setting: Paris of the existentialists and ’68 rebels; London of Bloomsbury (as exemplified by Virginia Woolf, above) and punk rockers; San Francisco of the Beats and hippies.

But the word “revolution” isn’t likely to be found in the title of many bohemian memoirs and biographies of the 21st century. Politics in our era has been divorced from avant-garde lifestyles. That’s the message from two new books that ambitiously chronicle the cutting edge of American culture: Bohemian Manifesto: A Field Guide to Living on the Edge (Bulfinch; $19.95) by Laren Stover and Hip: The History (Ecco; $26.95) by John Leland, former editor of Details magazine and now a New York Times reporter.

It’s not surprising that Marxism, which so intrigued Reed and other Greenwich Village radicals of the 1910s, is missing from these modern accounts of life on the wild side. Once a staple of bohemian philosophy, socialism has been in retreat almost everywhere since the fall of the Berlin Wall. But social change of any sort–from environmentalism to helping the poor in the developing world–is scarce in these otherwise comprehensive books.

Stover subdivides bohemians into five categories (nouveau, gypsy, Beat, Zen and dandy) and credits the Zen crowd with at least some concern about animal rights and renewable energy. But that’s about it. Her glimpses into la vie bohéme today are entertaining, well-researched and surprisingly smart, but the book resembles a fashion magazine more than a sociological study. There are chapters devoted to clothes, cuisine, hygiene, pets, books, astrology, cars and even stationery–but none to activism or social causes.

Leland is more serious in his approach to hip, which is closely related but not synonymous with bohemianism. Bohemians are rebellious, artistic and usually middle-class in origin, while hipsters cover a wider range that includes working-class communities, the criminal underclass and pop culture in its rawest forms. He authoritatively tracks the hip sensibility all the way back to African slaves adapting to a strange and cruel life in the New World, and pays a lot of attention along the way to music, drugs and sex. This impressive book stands as a hidden history of the United States, celebrating the renegades and outcasts who embody the American dream just as fully as famous inventors, politicians and businessmen. Leland manages to be both thorough in his research and jazzy enough in his prose to do justice to the subject matter.

Politics and the whole business of making the world a better place comes across as distinctly “square” in Leland’s vision of hip and as a tad dull and not fabulous enough in Stover’s manual on becoming a bohemian. But that’s not always the case. The generation of 1968 in Europe and most anti­Vietnam War protesters in the United States were social as well as political rebels. So were the intellectuals and rock musicians who ignited the Velvet Revolution in Czechoslovakia and many of the millions worldwide who stood up against apartheid in South Africa.

The same holds true today. The sort of person who sees her mission in life as challenging the status quo is not likely to restrict herself to art, fashion and social trends. If prophetic ideas about global justice or ecological restoration arise some evening over espresso or absinthe, any bohemian hipster worth her salt is going to make a big noise telling the world about it. Leland and Stover show distinct blind spots toward the sharp political edge of so much contemporary art, theater, film, music and dance.

The Iraq war and last year’s American elections saw unprecedented numbers of artists and free thinkers around the world, many of whom previously ignored or disdained politics, call out for regime change in Washington, D.C. In fact, George Bush’s campaign made an issue of how John Kerry was the candidate of immoral un-American elements, including foreigners.

This, unfortunately, illustrates the limitations hipsters and bohemians face in trying to change the world–not just in conservative America, but everywhere. While their bold ideas and unconventional ways inspire some of us, much of the public is annoyed, aggravated or alienated by their fiercely nonconformist ways.

Bohemia is the place where trailblazers break new ground and plant the seeds of change, but the harvest is often done by someone else. For all their fine work in researching and mapping out the cultural cutting edge, Stover and Leland seem to have missed that crucial point about the dynamics of social change.

But curiously, Leland offers a poetic Walt Whitman quote, which he calls a “founding hipster manifesto,” that could also qualify as the guidelines to political engagement as practiced by John Reed and other bona fide bohemian radicals:

“This is what you shall do: Love the earth and sun and animals, despise riches, give alms to everyone that asks, stand up for the stupid and crazy, devote your income and labor to others, hate tyrants . . . re-examine all you have been told at school or church or in any book, dismiss whatever insults your own soul, and your very flesh shall be a great poem.”