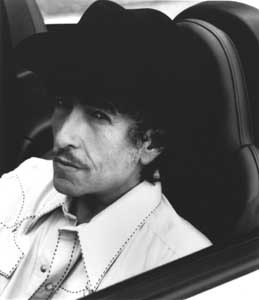 Tangled Up in Blues

Bob Dylan’s classic ‘Blonde on Blonde’ gets a makeover

In this jaded been-there-done-that age, it’s hard to appreciate the impact Bob Dylan’s 1966 classic album Blonde on Blonde had on the rock world upon its release. Recorded in Nashville at a time when no rock musician would dare step foot there and with a core backup band that included guitarist Robbie Robertson and other members of the as-yet-unformed group known as the Band, as well as a host of top Music City session players (including guitarist Joe South), Blonde on Blonde combined intense music with often surreal wordplay in a manner that led more than one reviewer to deem the album nothing short of a revelation. Now the album is the subject of a new tribute CD and a much anticipated audiophile reissue.

Blonde on Blonde is the ultimate realization of Dylan’s association with the beat poets and marks the culmination of his groundbreaking electric rock and roll period that began with 1965’s Bringing It All Back Home and reached a fever pitch on Highway 61 Revisited.

“With rage and slangy playfulness, Dylan chewed up and spat out literary and folk traditions in a wild, inspired doggerel,” the Rolling Stone Encyclopedia of Rock & Roll noted of Blonde on Blonde. The album reached No. 9 on the pop charts and spawned the No. 2 single “Rainy Day Women #12 & 35,” the quintessential stoner anthem replete with boozy brass band. Dylan’s worldwide record sales topped 10 million that year, and his songs had been covered by at least 150 other artists.

At 62, Dylan–whose nonstop rock and roll circus makes its North Bay debut on July 25 at the Konocti Harbor Resort and Spa in Kelseyville–is still winning admirers. Case in point: Blues on Blonde on Blonde, a new tribute CD that recasts 12 of the 14 tracks from that classic LP as contemporary blues tunes.

The Telarc-label tribute turns the tables on Dylan, who has often turned to the blues for material and inspiration. Of course, you can’t compare this new tribute to the original, but for the most part these covers hold their own. Among the big names trying their hand at Dylan’s oeuvre are Joe Louis Walker (“Stuck Inside of Mobile with the Memphis Blues Again”), Duke Robillard (“Pledging My Time”), Cyril Neville of the Neville Brothers (“I Want You”), Eric Bibb (“Just Like a Woman”), and Deborah Coleman (“Temporary Like Achilles”).

Guitarist and singer Sue Foley turns in one of the album’s best performances with her raw interpretation of “Most Likely You Go Your Way and I’ll Go Mine,” and Zydeco heavyweight C. J. Chenier brings down the house with a red-hot rendition of “Absolutely Sweet Marie.”

Meanwhile, Columbia Records has issued a stereo super-audio compact disc version of Blonde on Blonde that is a must-have for completists. Like so many SACDs, this version (which can only be played on SACD players) sometimes suffers from excessive bass. But the new SACD dramatically enhances the, shall we say, haunting 3am quality of Blonde on Blonde, probably best captured on “Sad-Eyed Lady of the Low Lands.”

In July, Columbia Records is set to release 15 Dylan albums on digitally remastered, hybrid SACDs that should greatly improve the sound and which can be played on most CD players. Strangely, Blonde on Blonde won’t be one of those hybrids.

The reissues should stir plenty of media attention on the man recently named one of “The 50 Most Risk-taking, Quantum-leaping, Status Quo-shaking, Mind-bending, Soul-stirring, World-changing Innovative Americans Over Fifty” in the March/April issue of the American Association of Retired Persons membership magazine. “To dwell on his simple three chord sound and that foghorn of a voice would be missing the point,” the article notes, “because it’s not just about the music, it’s about the vision.”

The article goes on to laud “the rock sage”–who nearly died a few years ago from a heart infection–for singing about maturity, loss, and mortality, “things that rock and roll was never built to explore.”