A label is born 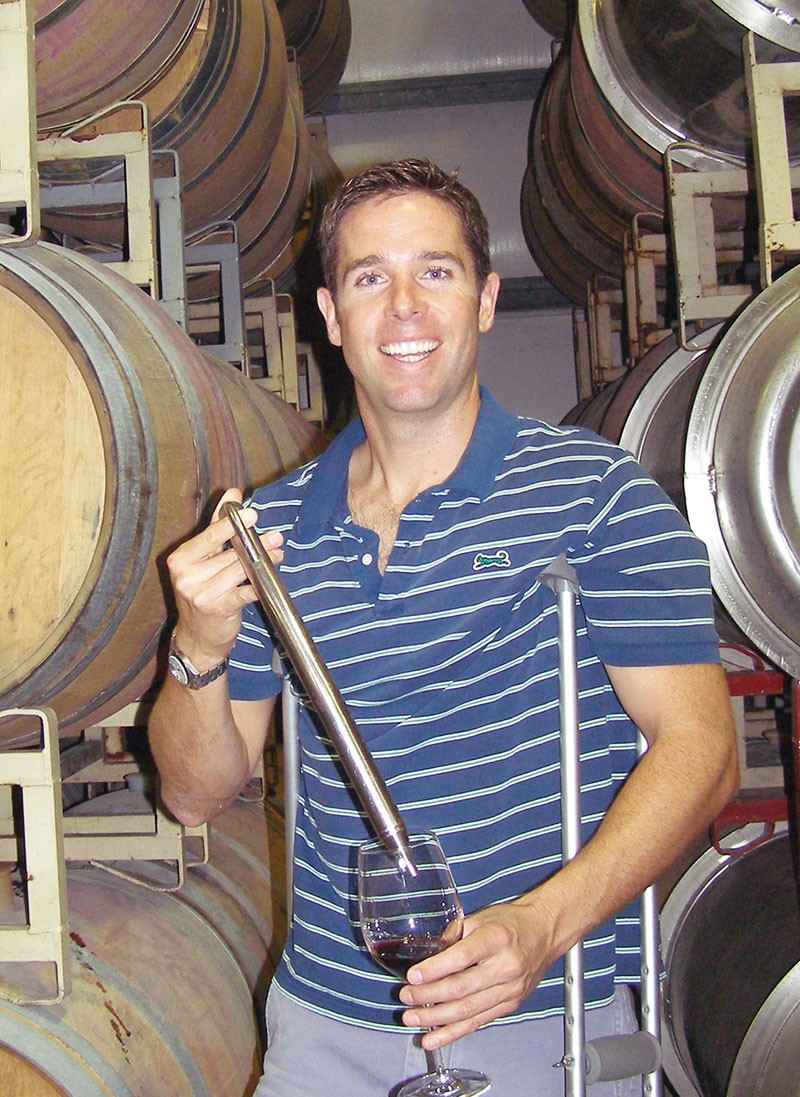 When I first came across “Butternut,” a brand of Chardonnay said to satisfy the unabashed cravings of the oaky-butterbomb crowd, I assumed it was the contrivance of an experienced team of marketing professionals. How else to explain the explosion of dessert-themed, target-marketed wine labels except as the fruit of focus groups, spreadsheets, corporate trendmongers? To find out more about the process, I arrange to meet the West Coast representative of Nashville-based BNA Wine Group—who proves my assumptions wrong.

I find Tony Leonardini on crutches in front of Ballentine Vineyards, where he makes some of his wines. A St. Helena local since his father purchased Whitehall Lane Winery in 1993, Leonardini worked for the family business after college before trying his hand at selling a barrel of his own wine. While deftly thieving a sample of 2012 Cab from the barrel, he explains that Butternut was born by felicitous accident. One evening while he was trying to think up a name for a batch of Chardonnay that had turned out funky—and going through four glasses of the stuff in the effort—his wife walked through the door with a box of CSA vegetables and complained, “I’m going to get tired of this—two weeks in a row of butternut squash!”

In 2009 he sent half a pallet to a skeptical distributor in Nashville. The wine flew out the door, and he got a business partner. Now they’re making 50,000 cases and got picked up by Safeway, with no advertising. The 2011 “Butternut” California Chardonnay ($17.51) smells like heavily toasted oak, no doubt about it; I mean, four-alarm fire at the sawmill, overpowering even the sweet, buttery, caramel corn flavor. But Butternut fans dig it, and Leonardini hired a winemaking consultant to make sure it remains their perfect, after-work “melt away” wine.

I would have gone with “firebug,” except that Leonardini’s quite the opposite: the volunteer firefighter is sporting a cast today because he recently sprained his ankle while rescuing a couple and their dogs from a fire across the street from his house. The 2010 “Volunteer” Cabernet Sauvignon ($30.90) is his most serious wine, a liquid German chocolate fruitcake of a wine, trending savory black olive with air. There’s a saline freshness that keeps the 2012 “Bandwagon” Monterey Unoaked Chardonnay ($17.51) lively through a lingering, peanut brittle and apple pie aftertaste.

As for 2012 “Nanna’s Shortcake” Lodi Zinfandel ($17.51), a sweet and soft drizzle of raspberry syrup dignified by dark hints of clove, Leonardini says that he was just eating his favorite dessert while thinking up a new wine label. He stopped and asked himself, “Are you kidding me?”

Next ArticleOct. 19: ‘The Phantom Carriage’ at the Jarvis Conservatory