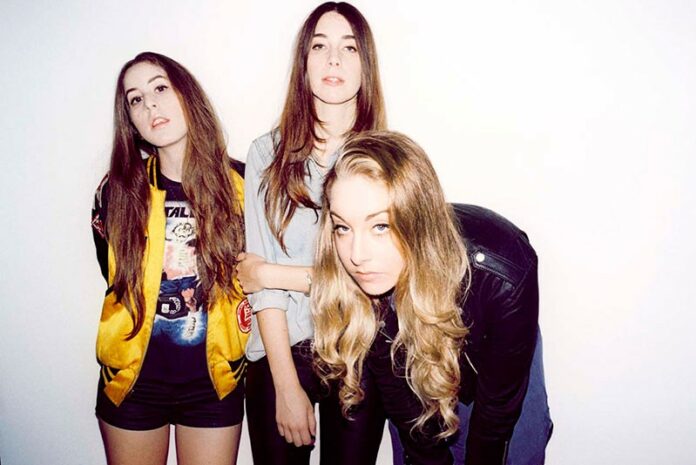 All set to preview of this year’s Treasure Island Music Festival, I checked the website to see what time Tricky, the British downtempo rapper and former collaborator with Massive Attack, would be playing. He isn’t. “Visa issues,” the site proclaims.

He’s being replaced by Danny Brown, a talented Detroit rapper with nasal delivery and clever narration but without the long-career pedigree of Tricky, who’s been around since the early 1990s. It’ll be interesting to see if he tailors his set to fit in with Saturday’s lineup, which includes Major Lazer, Little Dragon, Phantogram, Disclosure and other electronic-focused acts. Headlining is Atoms for Peace, featuring Thom Yorke (Radiohead) and Flea (Red Hot Chili Peppers).

On Sunday, Animal Collective, James Blake, Sleigh Bells, Haim (pictured) and others start the day, but at night, it’s all about Beck. The singer of “Where It’s At” is comfortable in just about any genre thrown his way; his albums sound almost like he was dared to try a new genre. In concert, musicality oozes from his sweaty devil’s haircut and dexterous fingers, no matter what instrument he’s currently grasping. Should be a good show, even if it’s only treats and no Tricky.