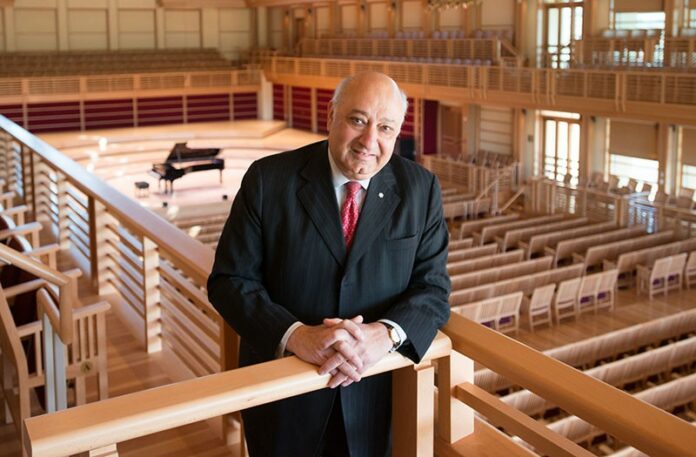 After the departure of Emmanuel Morlet as artistic director of the Green Music Center last month, classical music insiders were left to wonder what developments might be taking place.

“We are somewhat befuddled by his disappearance,” wrote the San Francisco Classical Voice in October. “Top officials of the Board are Sandy Weill (chair), Joan Weill and Marne Olson (vice-chair). But no artistic director?”

Now it can be told: Sandy Weill, former CEO of Citigroup and namesake of the center’s main hall, has lured Zarin Mehta, former president of the New York Philharmonic, to the role of executive director. In a highly unusual financing deal, Weill will pay 80 percent of Mehta’s $300,000 annual salary. Additionally, Mehta does not plan to move to the area full-time, staying instead in his home base of Chicago.

“It’s the opportunity to create a public, to create culture,” Mehta told the New York Times last week of his new job. “I will be there as long as it takes to make this thing a huge success, because the people merit it.”

Though he’s taken the reins with zeal, Weill doesn’t plan on supporting the Green Music Center, whose success or failure is tied to the state university’s finances, entirely on his own. Members of his board are expected to contribute $50,000 per year. The center’s next major hurdle is the long-anticipated opening of Schroeder Hall, a recital space for students of the university’s music program, due to open next year.