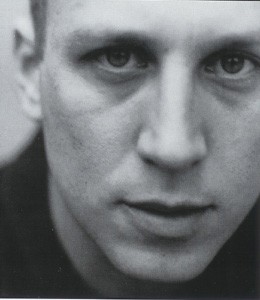 Art of Going For It: Stephen Perkins forms a sound trust with Banyan.

Banyan push themselves to music’s edge

Banyan is the type of band that doesn’t rehearse, so we can be inspired onstage,” says Stephen Perkins. “Why get together the night before and blow your wad, right? Let’s just fuckin’ do it onstage!”

“There are no boundaries when you have instrumental music,” says Perkins, chatting on the phone from his L.A. home while the scorching prog-rock of Rush’s Caress of Steel simmers in the background. “There’s a lot of freedom to it.”

Banyan, performing Thursday, March 26, in Fairfax, promise a few surprises on their return trip to the North Bay. The lineup for the show includes Perkins, Marin County jazz bassist Rob Wasserman, trumpet player Willie Waldman, and guitarist and fiddler Clint Wagner. Wasserman will be replacing ex-Minuteman bassist Mike Watts, a Banyan regular who is on tour with Iggy Pop and the Stooges. Nels Cline, the band’s steady guitarist, is unavailable that night (he recently got tapped to join Wilco). Painter Norton Wisdom, who creates an impressionistic portrait of each night’s music live from the stage, will also be absent.

“For the musician and listener alike, a rotating lineup is great because it is so challenging and exciting to hear what’s going to happen,” Perkins says. “We all feed off of each other. It’s what I call an environmental band; if we’re in a small, smoky room at 2am, we’re going to sound a certain way, and that will be different than if we’re playing outdoors at noon on a college campus. We make it up onstage as we go along.”

Perkins has embraced that esoteric approach since his teens, when he began experimenting with a distinctive drum sound. “I figured out that I could play on a tribal level, working with polyrhythms rather than showing off,” he says. “It’s simple, yet it can still put you on the edge of a cliff musically and then push you over rhythmically. I look at it as a tribal, primitive pulse–if I were an eight-year-old, I’d say it’s like George of the Jungle.”

One of his early band mates was guitarist Dave Navarro, who also later joined Jane’s Addiction. “Even today there’s no one I can play better with than Dave,” says Perkins. “We’ve been playing together since we were 15. We hit it off and played as much as we could after school and on weekends. We really understood that you can really eat each other’s brain, find out what the other one is thinking and rely on each other with confidence. It’s that feeling that I’m going to go for it past the normal spot. A lot of folks might scratch their head and ask, ‘Where’s he going?’ But Dave and I know we’ll end up back at the right spot. We formed a sound because of our trust.”

That kind of trust is a key element in Banyan’s performances as well. “Most of the jam bands today sound very bluegrass, but we’re into a punk-rock sort of thing,” Perkins says. “The attitude is punk in that there are aggressive drum beats, very tribal, but the attitude also is jazz, because everybody gets to take a solo, everybody gets to say something and have a voice in the music.

“It’s a fun game but it’s also a dangerous game,” he says of the band’s experimentalism, “because your reputation is at stake at all times. That’s why you have to surround yourself with great players. If you’re going to go onstage and make it up, you don’t want to be up there with someone who doesn’t understand where you’re going or lacks the confidence to move with you.

“With players like Nels Cline, there’s no concern–you can just go with it, because even if a song falls apart on you, at that moment you can turn it toward another direction and make it art–the art of just going for it.”

Why Has Bodhi-Dharma Left for the East?