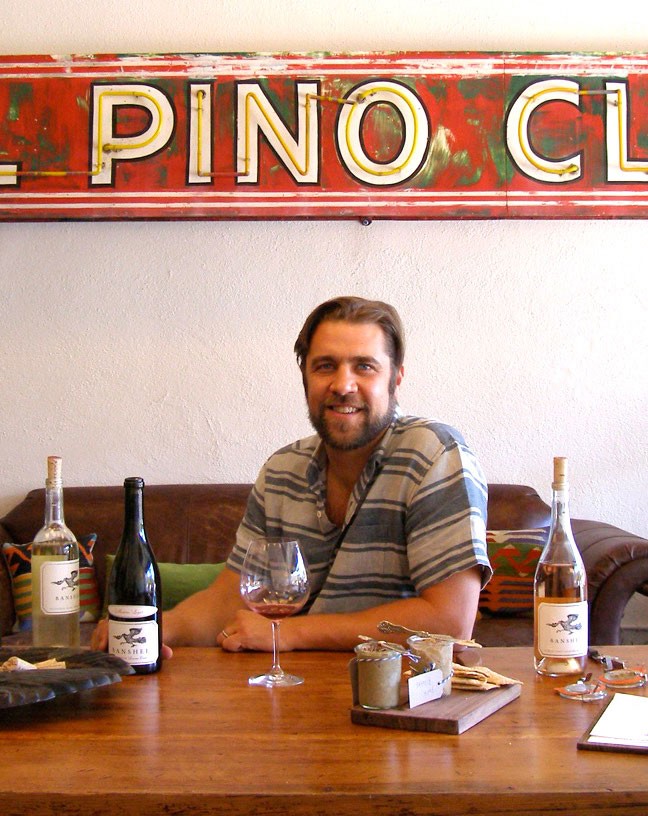 Cry not over the good dead grape; be keen on Pinot

To some, the surprising part of this story is that a few wine country newcomers can grow a 10,000-case brand out of a 500-case lot of wine in less than four years. Even more surprising, they’ve managed to snag a storefront on what surely must be the last remaining block face in Healdsburg that didn’t already have a winetasting room.

Now that the permit has been granted and the lights are on, let’s see what all the wailing’s about.

Cofounder Noah Dorrance’s part of the story begins with arriving in San Francisco for a new job at a startup in 2006, but it doesn’t end with a Google buyout and a vineyard mansion (not yet, says the Missouri native, who admits to having the conventional dreams of a starstruck wine country newbie). Two months later, the startup folded. So Dorrance got a production job at Crushpad, later joining up with Baron Ziegler and Steve Graf, whose taste for wine had drafted them into sales and distribution careers. Now, they’ve got a red-hot, fast-growing new brand and a second label, Rickshaw, to boot.

The three wanted to create a setting similar to those in which people normally drink wine, so there’s no elbow fest at the wine bar here. Instead, a rough-hewn communal table, corner sofas and modish leather chairs provide a range of approaches to lounging around. Wines are poured by the flight or glass; small bites like lentil hummus and house-baked crackers from SHED will be available as soon as the kitchen gets the all-clear.

The interior is a successful look, albeit in flux, because everything’s for sale. A pyramid of wooden crates displays antique odds and ends, while LP records spin on the turntable. There’s something about sitting around and sipping wine, Dorrance says, that puts people in the mood to buy. Including, it is hoped, the wine.