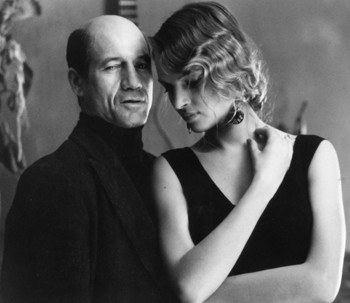 Rafael shows banned films to anyone who cares to see them

Considering that it was built in 1918, the Smith Rafael Film Center remains remarkably youthful, just now celebrating its fifth birthday. That’s five years, of course, under its moniker as a film center and five years of challenging and provocative programming.

In honor of its birthday, the Rafael has given itself months’ worth of parties, including an initial celebration bash, a mini-festival of San Francisco Bay Area documentaries, an IndieWIRE series highlighting independent filmmaking and a string of films picked and presented as favorites by such luminaries as George Lucas (Seven Samurai), producer Saul Zaentz (My Left Foot) and director John Korty (Jules and Jim, showing May 5). The Beatles’ funfest A Hard Day’s Night will be screened outside as a free sing-along on the building’s wall on May 2 and an in-depth look at Errol Flynn’s Robin Hood just took place.

Amid all of this bounty is Banned Cinema, a one-week series that emphatically does not concern itself with fluff.

Speaking by phone from his Mill Valley office, director of programming Richard Peterson assures with a chuckle, “It wasn’t like, ‘It’s our birthday, let’s show banned films.’ This part of it was a little coincidental. We were planning on doing it anyway.”

Featuring seven films, some of which are utterly obscure and some that enjoyed wide release, the Banned Cinema series kicks off with director Martin Scorsese’s Last Temptation of Christ (April 30 and May 2), a film that was dogged by protests from fundamentalist groups through every stage of its conception. “I thought it would be an interesting counterpoint with The Passion of the Christ, a controversy coming from a different direction,” Peterson says.

From the political forum, the Rafael screens 1953’s Salt of the Earth (May 1), featuring an appearance by associate producer Sonja Dahl Biberman. Salt was made during the McCarthy witch hunts entirely by Hollywood professionals who were blacklisted. “Planes buzzed the set during filming,” Peterson says, “so that scenes would be unusable.”

Released in 1930 by Luis Buñuel and Salvador Dali, L’Age d’Or (May 1-2) was banned in the United States until 1979. The sequel to their surrealist Un Chien Andalou, d’Or‘s 1930 Paris screening had thugs tearing the theater apart in anger at its conflation of Christ with the Marquis de Sade. Underground (May 3), filmmaker Haskell Wexler’s documentary of Weather Underground members (which he is seen making in the other documentary Weather Underground) had all of its footage seized and scrutinized by the FBI before public release.

Lawyer Frederick Wiseman’s documentary Titicut Follies (May 4) details the conditions at a Massachusetts hospital for the criminally insane. Premiering at a 1967 film festival, court injunction barred Wiseman from showing the film in public again until 1991, ostensibly due to patient privacy issues, but also because administrators sought to squelch public knowledge of hospital conditions.

Perhaps the most disturbing movie of the series is Italian filmmaker Pier Paolo Pasolini’s Salo (May 6), which absolutely aims to shock the audience through its depiction of fascism as sexual deviancy. Pasolini was murdered just weeks after the film’s release.

Banned Cinema ends with Henry and June (May 7), Philip and Rose Kaufman’s sexually explicit film about the writers Henry Miller, Anais Nin and Miller’s wife, June. Prompting the 1990 creation of the NC-17 rating upon the film’s release, Kaufman hoped that a new era of truly adult films, in which adults make love like adults tend to do, had been ushered in.

The Kaufmans will be on hand to discuss the film and the ratings issues it both raised and dropped.

“I think it’s an interesting time to discuss censorship,” Peterson says. “There is not only the recent debate about violence in the cinema, its depiction and the effect it may or may not have on viewers, but also questions of whether there should be censorship of so many things coming up in the news recently. How are we going to regulate this sort of thing?” he asks rhetorically.

“How much is to be left up to adults to decide what they do or do not want to see and how much should adults decide for others what they can or cannot see?”