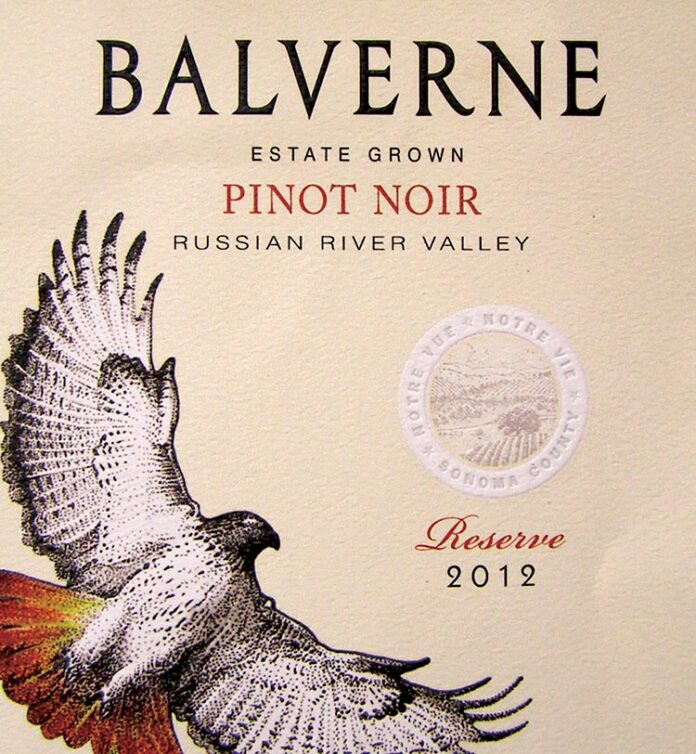 Beak to the future: Windsor Oaks relaunches brand from the '80s

Soaring across the Balverne label, a red-tailed hawk catches an updraft, wings spread wide. It wasn’t always so. Some 30 years back in the day, said red-tail was depicted in steep descent, talons grasping for prey—or the words ” Cabernet Sauvignon.”

Surely a fine symbol for the over-leveraged project’s steep decline into receivership, as is the newer, gentler version of Balverne’s rising from the ashes. The question is not, hey, aren’t you talking about a phoenix, not a red-tailed hawk? The question is, hey, why relaunch a failed wine brand?

Tricky question. The short and awkward answer, according to Windsor Oaks Vineyard proprietor Bob Stein, is because they were often confused with a different, highly successful brand. People told him, “Oh, I’ve had your wine,” thinking of the Windsor Vineyards brand—an understandable error. Stein, a creditor who ended up with the property in 1992, had no previous designs on owning a winery. To his credit, he traded in luxury home-site development rights for a Forever Wild designation from the Sonoma County Open Space District, while estate general manager Douglas Lumgair modernized the vineyards.

Today, 17 cultivars are grown in 50 blocks on 225 rolling acres, closely monitored by a viticulturist and a cadre of interns. With such variety, “it’s almost like a party!” says winemaker Margaret Davenport, who was invited to relaunch Balverne (much of the yield is sold to other wineries, who make some 40 Windsor Oaks vineyard designates) along with Doug Nalle, who launched the first vintage in 1979 as a young gun out of UC Davis.

After running a big show like Clos du Bois, as Davenport once did, “you get to try out a lot of coopers, and it makes a big difference,” she remarks. Indeed, the 2012 Russian River Valley Estate Reserve Chardonnay ($40) was barrel fermented but doesn’t hit you over the head with buttered lumber. Golden Delicious, candied lime, dried tropical fruit overtones lead to a cool, substantial palate of cider, with caramel in a supporting role. Also deftly played, the 2012 Estate Unoaked Chardonnay ($25) does not scream ” green apple” but rather whispers “pear cocktail” and “blanc de blancs.”

Just looking at a map, you wouldn’t think to plant Pinot here. But with orange zest steeped in bright, early-ripeness Bing cherry, the 2012 Estate Reserve Pinot Noir ($50) is a silky, spicy, pretty thing. Still in barrel, the 2012 Red Blend promises serious sipping for the Cab crew. First, it needs a proprietary name, and they’re open to suggestions. Maybe they’ll take yet another cue from their mascot: “Scree-yah!”