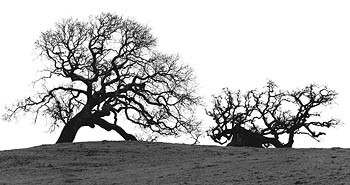 OPPONENTS of a 424-unit housing development in the Bahia section of Novato are alleging that dirty politics are behind the recent Novato City Council approval of the project, which would result in the cutting of 3,300 oak trees in a 70-acre virgin oak forest at the mouth of the Petaluma River.

The Citizens to Save Bahia campaign, co-chaired by Pat Ravitz and Lynn Emrich, is pushing ahead with plans to place a referendum on a ballot to overturn the council action. Ravitz says the group will meet the Feb. 8 deadline after “an incredible response” by local residents to the petition drive. “It’s very encouraging,” she says.

On Dec. 12, the City Council approved the controversial project in a manner that critics found most manipulative–after a candlelit protest march, which included horseback riders, and a lively public comment period at which 100 residents raised concerns, the council waited until 3 a.m. to cast its vote, when most of the protesters were nestled in their beds. The project was passed by a 4-1 majority. It will be built by Art Condiotti, who a few years back became the target of angry Rohnert Park homeowners who took legal action over alleged shoddy construction.

“We are very pleased with the action the City Council took, and we’re going to move forward,” Herb Williams, president of Delphi Team.com, the political consulting firm representing the developer, told the San Francisco Chronicle. “The opponents have said the same thing about this project for 22 years. You can only cry wolf so often. The fact is, we are going to keep 22,000 trees. We are not raping the ecosystem.”

All four of the council members who approved the project–Mike DiGorgio, Jim Henderson, Pat Ekland, and John Mani–were aided in their election bids by Williams, who also works for Condiotti.

“They treat this area as if it has no value,” says Bahia resident Rick Fraites, noting that the project is adjacent to sensitive wetlands. “But the fact is, it has tremendous natural value to this community.”

The Bahia project–including nearly 200 luxury houses up to 4,000 square feet each, none of which is classified as affordable housing–will add almost 4,000 new car trips to local roads and Highway 101 every day. In addition, the Citizens to Save Bahia campaign says, the Bahia project will almost triple the size of the existing neighborhood, placing a financial burden on police and fire services. It also could add over 200 students to already crowded local schools.

THE BATTLE over the Bahia development has been raging for more than 20 years. In 1978, another developer wanted to construct 2,000 homes at the site, but environmental opposition and fiscal problems put that project on hold. In 1994, the City Council approved an environmental study that would have allowed more than 700 homes, but the council members asked the developer to reduce the number of units.

Fraites says the referendum campaign is designed to stop the project and give the Marin Audubon Society a chance to negotiate with Condiotti to purchase the land for a nature preserve. Williams has pledged to fight the referendum.

MARIN COUNTY is facing a glut of costly special elections. The May 22 recall election aimed at District Attorney Paula Kamena will cost at least $500,000. If the Novato referendum of the City Council’s approval of a 424-home expansion of the Bahia neighborhood qualifies, another special election will likely be set in late spring unless the council agrees to hold off until November. That election will cost $100,000 unless the Novato City Council decides to consolidate the referendum with the November 6th municipal election. Now we have the Tamalpais Union High School District’s Measure “A,” a $121 million school-facility improvement bond. It will be decided at a March 6 special election that will cost $260,000.

Dick Spotswood contributed to this article.