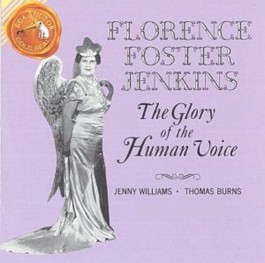 Let us tell you what the Bad 13 Challenge is not. This summer, the comedy troupe Human Giant produced a video in which two members challenged each other to make the worst five-song mix tape. The loser (I’m not sure if it was the person who made the best worst tape or the worst worst tape) had to walk around Manhattan blasting all 10 songs from a clunky old-school boom box.

The ruse was mildly amusing, but the songs they chose—Miami Sound Machine’s “Conga,” Paula Cole’s “I Don’t Want to Wait”—were merely dorky and annoying songs. If “Conga” is among our century’s worst songs, this world can’t be all so bad.

Ah, but the world is indeed rife with evil and hatred, and in the Bad 13 Challenge, we want you to plumb much, much deeper. While awful is a matter of taste, we’re not looking for pedestrian bad music; we want songs so uniquely bad they scar the soul, so bad their audio stench lingers cruelly like the putrid aroma of rotting meat.

We want our ears to cry for mercy.

Our lives are filled with mediocre music—we hear it on television commercials, at the grocery store, while on hold waiting to ask goddamn Sprint why they overcharged us on our last bill. But truly bad music usually does not make it very far to begin with and can be harder to come across. Those in possession of other people’s bad music tend to keep it at bay, like a wild animal, because lord knows what havoc may befall us if its awesome destructive power were set free.

Now is the time, friends. Set that bad music free. We only want the suckiest pieces of sucking suck.

Beyond that, it’s up to you. The bad music can be any bad music, as long as it complies with the below guidelines:

1. No artist may be represented more than twice on one entry.

3. One entry per person, please, though if you are dedicated enough to bad music that creating a pseudonym in order to submit a second entry seems like a good idea, no one’s stopping you.

4. Though we live in an age of technological ease, and it would be so easy to send us an iTunes playlist, your entry must arrive in the form of a cassette tape or compact disc. Sound files will not be accepted.

5. Include a list of songs and their corresponding unfortunate artists with your entry.

6. Cover art is strictly optional, but appreciated. Please do not, however, send us scary items like garbage, animal excrement, amateur pornography and the like along with your entry. Let the music speak for its awful self.

7. Yes, we just said you should let the music speak for itself, but do know that liner notes are welcomed with open arms.

In the weeks leading up to the announcing of the Bad 13 Challenge champion, we will post entrants’ track lists and liner notes at http://bad13challenge.blogspot.com. Our esteemed Bohemian arts staff will listen to every single song on every single CD, probably with a decent amount of grog in our bellies, and announce a winner early next year. That means you have months—months!—to suss out the worst of the worst. What a way to weather the gray days ahead of us.

We’ll send each entrant a pin reading “Ask Me About My Shitty Music.” The winner will receive a prize that we promise, despite the inherent badness of this contest, will be really cool.