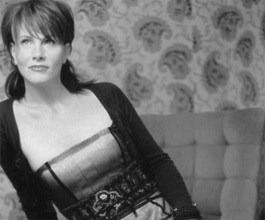 Our annual All Music Guide helps to raise a joyful noise

Welcome to our second annual All Music Guide, a laughably slim attempt at encapsulating the rich goodness found in the North Bay’s current musical scene and recent heritage. Careful readers may note that this issue is cannily timed to coincide with the North Bay Music Awards (NORBAYs), co-produced by us with the good folks at the Harmony Festival, and kicking off at 5pm on Friday, June 9, at the Sonoma County Fairgrounds.

Some 2,000 Bohemian readers voted for their fave North Bay bands and, in addition to a full slate of yowza performances stretching from the middle schoolers contained in DDK to the assured grown-ups who comprise RatDog, the results will be announced outdoors throughout Friday evening. We’ll print the winners in our June 14 issue and perhaps sneak in a picture or two as well. Look for it. . . .

In other music news, the wonder abounds: T-Bone Burnett takes to the road for the first time in 20 years, appearing June 16 at the Mystic Theater with Wallflower genius Jakob Dylan, making way for Aimee Mann (June 17), Jon Cleary and the Absolute Monster Gentleman (July 28) and two nights of guitarist David Bromberg (Aug. 4-5) at this esteemed Petaluma venue. . . . Meanwhile, the Wells Fargo Center does it up right this summer with highlights including Linda Ronstadt (July 10), Lyle Lovett (July 17-18) and Boz Scaggs (Aug. 4). . . .

The Last Day Saloon puts its lips together and blows with the Blues Harmonica Blow-Out (July 7) featuring Magic Dick (J Geils), Jerry Portnoy (Eric Clapton) and Mark Hummel with his Blues Survivors. Other Last Day treats include Trainwreck (July 19) with Kyle Gass of Tenacious D, perhaps even playing the greatest song in the world, while the Dirty Dozen Brass Band evoke the Big Easy (Aug. 17). . . .

For those crazy young folks, Petaluma’s Phoenix Theater hosts the straight-ahead guitar madness of Powerman 5000 (July 8), a band that have toured almost without cease since March 2005. They should be well warmed up. Scheduled nebulously for later that month is the psychopunk of the Lower Class Bratts. . . .

With less fury, the Marin Center feels the soul with the remaining (and mostly brand-new) members of the Temptations and the Four Tops (July 14) and the sure-to-be spectacular (in the old-fashioned sense of the word, if nothing else), pairing of Jethro Tull’s Ian Anderson with the Skywalker Symphony Orchestra (Aug. 3). . . .

The Marin County Fair presents a strong lineup this year for its Americana Rhythm and Roots Festival (July 2), featuring the subdudes, Hacienda Brothers and Roomful of Blues, among others. . . .

The Napa Valley Opera House hosts Marcia Ball and Buckwheat Zydeco (June 27) in what it’s predicting will be a keyboard “commotion.” Also look for the innovative Emerson String Quartet (July 20) to perform as part of the Festival del Sole. The summer ends at the NVOH with the sweet purity of Roseanne Cash (Aug. 30). . . .

Speaking of the Festival del Sole, its main stage is found at the Lincoln Theater in Yountville, which hosts internationally renowned fine art musicians and singers almost without cease throughout the month of July. Highlights only begin to include the Russian National Orchestra conducted by Alan Gilbert and featuring violinist Joshua Bell and mezzo soprano Anne Sofie Von Otter (July 16). Various luncheons, drenched dinners and other events accompany this ambitious summer program. Salud to summer!